Marc Lobliner is a well-known fitness social media celebrity, who has had a considerable amount of success with his current company MTS Nutrition, and Tigerfitness.com.   Lobliner has been featured in numerous magazines including MuscleMag, and Men's Fitness, as a model.   He has dozens of articles published to his name on sites such as bodybuilding.com, and also has co-authored almost a dozen books, including Game Over, The Diet Solution, and The Fat Loss Factor.

Lobliner has always been extremely athletic and strong.  He played football early in his life, saying he was the captain of his defense in high school.   In the late 90's he worked at Bally Total Fitness, and helped turn the gym into a top performing gym, being in charge of 10 trainers.   He then got into marketing and sales for magazines and marketing events, including working with Sylvester Stallone for a company called Instone.

In 2004 he launched a company called Scivation, Inc. which turned into a multi-million dollar company, averaging a 100% year over year growth in sales.   He helped make them a top 10 sports nutrition brand over the course of 7 years.

Currently he not only is the Chief Marketing Officer for Tigerfitness.com, but he also owns Machine Training Solutions, and is CEO of MTS Nutrition and EthiTech Nutrition. 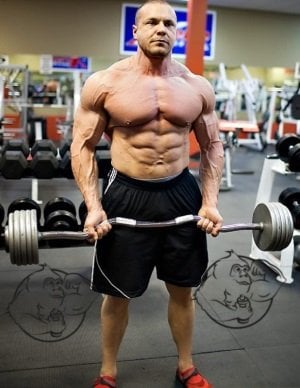 Lobliner has brilliantly used social media to grow his companies over the past 5 years.

He is well known for stoking controversy, and for that, he has sometimes had things backfire on him.  He has been frequently called Marc "Pocketliner", "Jewliner" by internet trolls.  He has had his wife and children attacked with death threats, which he has talked about openly in his videos.  Some people feel as though he uses his family to sell more supplements, which to them is unethical.

By far his two biggest enemies currently in the fitness world are Vegan Gains and Jason Blaha.

Vegan Gains came out with a video 2 years ago blasting Lobliner.

His first attack came after he said Lobliner admitted that a high meat intake caused cancer and diabetes since it was very calorie dense. 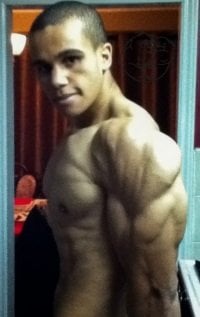 Lobliner was none too happy about the attack and countered with a video of his own which he used Mike Rashid as his wingman.

He attacked vegan gains for not 'having a real job' and that vegan gains does nothing except put out bait videos.   Lobliner said that he supports animal rights and likes the pescatarian lifestyle of eating fruits, veggies, and fish only.  He also called Vegan Gains a child, and said he showed no respect for his family, and he would love to 'knock him out' but won't do it because vegan gains only weighs about a 'buck 20'.

Vegan gains countered with 2 more videos including this one: https://www.youtube.com/watch?v=4e9KYsnH4ck where he attacked Lobliner for selling non-vegan supplements and promoting high meat consumption.  He also called him out for what he called profiting off the suffering of animals.  Vegan gains also took pot shots at Lobliners family life, saying that he should not be proud that he takes steroids and supplements in front of his children.   Recently with the youtube demonetization, Lobliner has taken the opportunity to laugh at YouTubers like Vegan Gains for begging for money https://www.youtube.com/watch?v=qglQRwEdAGo .  Keep in mind Lobliner makes almost all his money using his social media to market products, not to actually make money off videos themselves, so he was more than happy to see this happen.

Another enemy of Lobliner is a fake 'bad boy' mercenary, who makes bullets to cover up his insecurities while on camera, named Jason Blaha.  The original beef came when Blaha attacked Lobliner for selling fart powders, and said his supplements were bullshit that didn't work.   Blaha had been a writer for Lobliners website and also an affiliate.   Blaha said he quit because he didn't want to be part of the corrupt supplement industry while Lobliner and his friends have said Blaha was actually fired for being lazy and a 'shitty writer'.

Blaha has put out several videos in recent months attempting to needle Lobliner for his supposed connection to the Richard Rodriquez/WFN steroid bust https://www.evolutionary.org/miami-gym-raided-by-dea-and-fbi/ .  Blaha's theory is that Lobliner was pimping WFN's steroids in exchange for free gear, and then after the bust Lobliner may have snitched to save his own ass.

This theory has since not proved true at all.  So Blaha is likely lying again to try to hurt Lobliner's image out of spite.

Lobliner has frequently mentioned he is on TRT (testosterone replacement therapy), but he has also mentioned HGH too.  Obviously, with his incredible physique, he is on much more than he leads on and wants people to think his supplements and his 'secret training methods' somehow gave him that look.  Yes, a big part of the way he looks is knowing how to eat, taking the proper supplements, and knowing how to lift.  BUT, anyone who isn't naive has to admit he has superior genetics and is on a boatload of gear too. 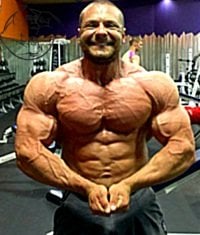 We can speculate he uses the following steroid cycle to get so huge and lean: (our version) *

*DISCLAIMER: The cycle above is our opinion on what Marc Lobliner could have used, this is for information and entertainment purposes only. There is no proof Marc Lobliner used steroids. All information expressed is per 1st amendment rights, this article is in compliance with all legal articles of free speech.