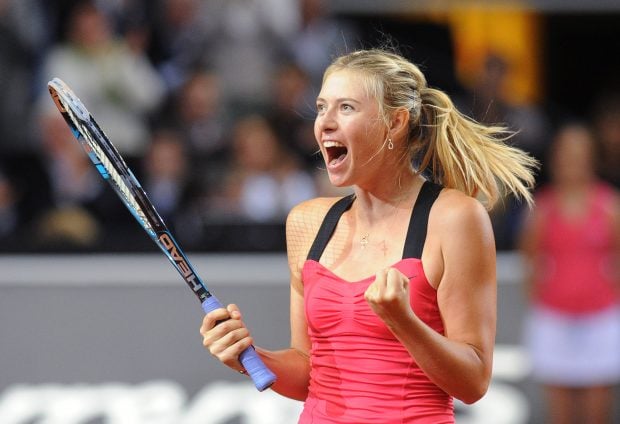 The five-time grand slam winner has received a wildcard for the Madrid Open that takes place less than two weeks after her doping ban of 15 months expires.

The Madrid Open will be the second comeback tournament for Maria Sharapova after she was suspended for doping. Maria would be back at the court for the first time at the Stuttgart Grand Prix in April after being banned. Madrid Open event director Manolo Santana said Sharapova is one of the best players of the last 15 years and also a past winner of our tournament. Santana added Sharapova requested an invitation to play and also commented that he always play well in Madrid and he is sure she will come back to the courts highly motivated and hoping to do well.

Sharapova won the Madrid Open title in 2014 from a set down against Simona Halep after losing the final a year before to Serena Williams. She last played the event in 2015, reaching the semi finals.

The International Tennis Federation (ITF) suspended Maria Sharapova for a period of two years after she tested positive for the drug Meldonium at the 2016 Australian Open. On appeal, the Court of Arbitration for Sport (CAS) reduced the ban by nine months that allow her to make a comeback from April 26, 2017.

Sharapova said it was still too early for her to think about participating in the 2020 Summer Olympics in Tokyo. Maria was referring to comments made by Russian Tennis Federation (RTF) President Shamil Tarpishchev who said Maria was capable of winning at the 2020 Olympics. Sharapova remarked she has no such long-term plans yet as she is simply not thinking about it.

Maria Sharapova is Russia’s most decorated tennis player and has won five Grand Slam tournaments, the Australian Open in 2008, French Open in 2012 and 2014, Wimbledon in 2004, and the US Open in 2006.

Reacting to the comeback of Sharapova, former Wimbledon champion Pat Cash said he believes Maria still has “a huge mark” against her tennis career. Cash said he is of the view that she would not be welcomed at all by the tennis community, particularly the inner circles of tennis and added there has been a huge mark on her career, her whole career, since she had been taking a performance enhancing drug for 10 years. Cash added the general public, in the majority, will be happy to see her back and will be supportive. The former Wimbledon champion added Maria had done her time and at the French Open, being a former champion, he is expecting they will embrace her. Cash also said Maria has been unbelievable competitor and that being the case, nobody wants to stop on other people’s terms and also said it comes down to her playing, and stopping playing on her terms.