Russian tennis star Maria Sharapova has hit back at criticism from Andy Murray and Eugenie Bouchard as she continues a promotional tour for her new book. 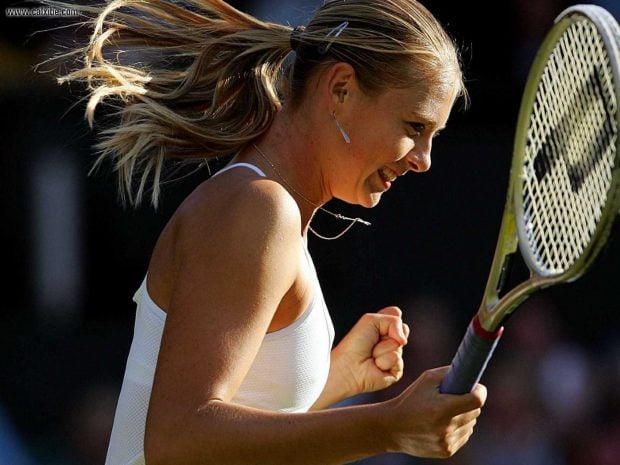 Sharapova recently released a book called ‘Unstoppable, My Life So Far’ that deals with her 15-month absence from the game because of a doping offence.

Bouchard, who became the first Canadian-born player representing Canada to reach the finals of a Grand Slam, remarked recently that Maria should not have been allowed to return to the sport after “cheating". Bouchard had remarked she does not think a cheater in any sport should be allowed to play again.

However, the Russian tennis star vehemently denied intentional doping and said she continued taking Meldonium by mistake. Sharapova added she was unaware that Meldonium had become a banned substance before she tested positive in the 2016 Australian Open. Sharapova blamed the International Tennis Federation and officials for her original ban. The tennis star said the ban of Meldonium should have been more clearly flagged up. Sharapova said they were very buried and hidden and it was not the type of attachments any of the players open up if you really ask them and also said it was not noticeable at all. The Russian professional tennis player also remarked they didn’t make an effort to tell us and added that was a very commonly used supplement in Eastern Europe and that should have been flagged and it was not.

Last year, British number one Murray said that he read 55 athletes have failed tests for that substance since 1 January and added you just don’t expect high level athletes at the top of many sports to have heart conditions. Murray, referring to Sharapova, had remarked in the past that you have to get suspended if you are taking performance enhancing drugs and fail a drugs test. Murray once questioned tournament officials for handing Sharapova a wildcard on her return to action

Sharapova, replying to the comments of Murray, said she does not think it is for them to really have an opinion, because they don't have the facts. The tennis star from Russia added she thinks those are the types of words that make headlines and they will be used as headlines. Sharapova went on to remark that this is her career ultimately and she faced it head on, and she admitted her mistake, and she went about it and served her suspension and now she is back.

The five-time Grand Slam tennis champion however has not been clear whether she had found a replacement for Meldonium, following her ban for testing positive for the substance. Speaking after her fourth-round defeat to Anastasija Sevastova in New York, Sharapova said it is something that she does not want to talk about. The former world number 1 said it is just not something she thinks when we speak about doctors that will open up more conversations and more questions and she thinks from the very beginning, and also commented that it is important to speak about what has happened openly and honestly and move on from it.