Australia-based fighter Mark Hunt has decided to lose significant earnings as he is pressuring the Ultimate Fighting Championship into a major overhaul of its drugs policy. 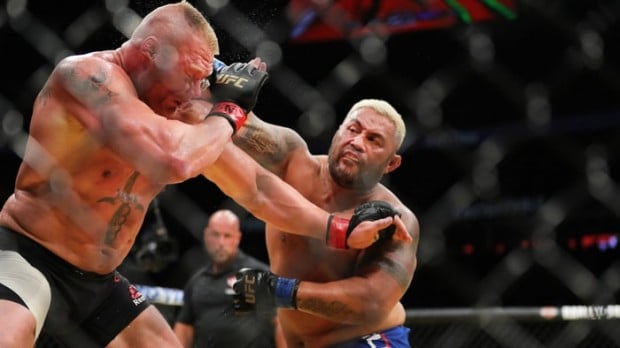 A legal team has been employed by the New Zealander to ensure the UFC better handles drug violations after the positive test of Brock Lesnar in July. Lesnar failed a drug test in the lead-up to their UFC 200 fight as well as on the day of the bout but was allowed to fight. Lesnar defeated Hunt in July by a unanimous decision.

Hunt wants the UFC to change the rules to state that should a fighter return a positive test, then their purse be given to the clean fighter. The New Zealand mixed martial artist and former kickboxer of Samoan descent said these cheaters need to be punished. Hunt previously faced two other opponents in the UFC — Frank Mir and Antonio “Bigfoot” Silva — who also failed drug tests after he fought them.

Lesnar, the American professional wrestler, mixed martial artist, and former amateur wrestler, is facing sanction from the US Anti-Doping Authority after being provisionally suspended.

Hunt has been extremely vocal about the use of performance enhancing drugs by Lesnar ever since his fight with Brock Lesnar was announced for UFC 200. His concern proved right as Lesnar failed a pair of drug tests — one given before the fight and then another on the night of the fight — with Clomiphene and Hydroxy-Clomiphene found in his system that was confirmed by the Nevada State Athletic Commission.

Lesnar was placed on provisional suspension pending a full hearing in Nevada as well as possible sanctions from the United States Anti-Doping Agency. However, Hunt want to see Lesnar punished to the full letter of the law.

Hunt retained Christina Denning, a partner at Higgs, Fletcher, and Mack. Denning said Hunt wants a change in all future bout agreements, such that if a competitor’s caught doping then the proceeds from the fight, whether that is just the purse or if there’s a win bonus or there’s pay-per-view proceeds, whatever compensation the cheating fighter receives, he wants a provision in all future bout agreements for him and he would like to see it across the board that the compensation be forfeited to the non-cheating party.

Denning added the second thing would be some sort of compensation with what happened at UFC 200 and also commented he can tell all with respect to the whole where he is coming from and the rationale and purpose behind why he wants to see both those things happening is because right now, the UFC has an anti-doping policy that is not being enforced to its maximum potential in order to deter people from getting into the ring. Denning also remarked what’s happening is fighters appear to be taking advantage of the system and doping and either knowing or risking or banking on the fact that they’re not going to get the maximum penalty imposed by the UFC. The lawyer of Hunt has met with legal counsel from the UFC already and said the UFC has been receptive to hearing concerns of the heavyweight.