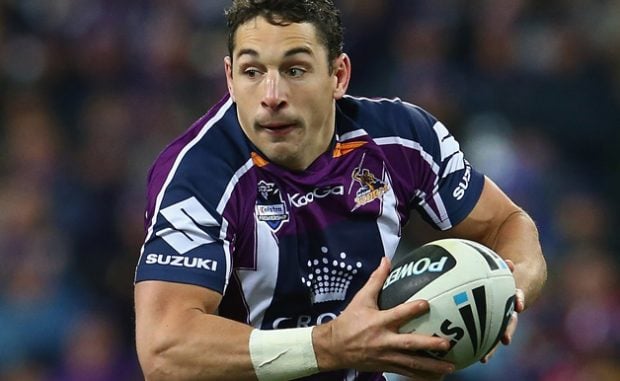 Slater made these comments after four players and an official were embroiled in scandals over the representative weekend.

Slater's Melbourne Storm were affected with New Zealand captain Jesse Bromwich allegedly spotted on CCTV footage using an illegal substance along with Kiwis teammate Kevin Proctor. Both have not been charged but have already received punishments from both their NRL clubs and the Kiwis, who have ruled the two players are ineligible for World Cup selection later this year.

Kiwis captain Jesse Bromwich and fellow player Kevin Proctor allegedly joined Canberra man Adrian Mark Crowther outside the Cube nightclub in Canberra's city centre. Crowther was allegedly observed by police on CCTV video preparing a white powder on his phone before he handed it to Bromwich and Proctor, who rolled up bank notes and consumed the substance. Court documents revealed that Bromwich and Proctor had left by the time police arrived. Bromwich and Proctor were in town to play the Anzac Test at Bruce Stadium against the Kangaroos.

It was confirmed by the Gold Coast Titans, the team of Proctor, the NRL integrity unit had been informed about the alleged incident and was investigating.

Slater said the recent cases were not a reflection on his club but Slater conceded there was a problem with the sport.

In March, Cronulla captain Paul Gallen called for automatic two-year bans for cocaine use. Gallen remarked he had a word with the Rugby League Players Association who said such penalties do not work. Gallen added he believed there was no excuse and said he wanted players to be punished in some way at their first positive test. The Australian professional rugby league footballer and heavyweight boxer who currently is captain of the Cronulla-Sutherland Sharks of the National Rugby League as well as the New South Wales State of Origin team said everyone knows cocaine is illegal and added he just cannot understand why the first offence is not harsher at the moment. Gallen also said even if the first offence is the matter of public notification - at the very minimum - you're not going to put your family friends and yourself through that.

Rugby league great Peter Sterling has called for immediate bans of 12 weeks at the first offence, followed by two-year suspensions on the second occurrence.