Milos Sarcev is a Serbian professional bodybuilder, known for his long history of competing, and also his post-career coaching some of the best athletes. Because he has tremendous knowledge in bodybuilding, he earned the nickname "The Mind". His peak stats were 5'10" and 245 pounds ripped, with a 55-inch chest and only a 31-inch waist. 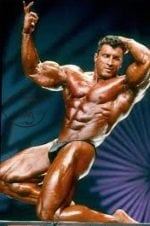 Milos was born in 1964 in Serbia. He played many sports including soccer, basketball, martial arts, and swimming. The gym was a place he chose to improve his strength and athleticism, so he could do better at all his sports. He studied nutrition in school to gain more knowledge. After college, Milos experimented with different training and diet protocols, and his old school bodybuilder heroes of the 70's and 80's inspired him to get serious about bodybuilding. He won 1st place as Mr. Yugoslavia in 1986 and 1987, but he knew to achieve his dreams he would have to move to the USA.

To get noticed you need to compete in the toughest competitions, and Milos had a goal to earn his pro card as soon as possible. At the 1988 AAU Mr. Universe, he got 3rd place in his category, which gained him a lot of exposure and respect. The very next year he won the Mr. Universe and won his pro card.

From there Milos would compete in dozens of the toughest shows. He routinely finished in the top 5 worldwide at the Grand Prix competitions and finished top 10 many times at the Night of Champions, Ironman Pro, and Arnold Classics. He placed 10th at Mr. Olympia in 1997 and 1999.

Milos is arguably an even better coach than pro bodybuilder. You rarely see great bodybuilders turn into well-respected coaches because great physical genetics are very different than being a knowledgeable coach. Milos has trained some of the best including Flex Wheeler, Lee Labrada, and Bob Paris. 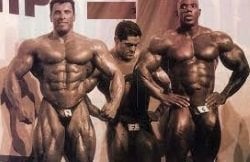 In 2005, Milos was indicted with two other men for allegedly importing steroids and HGH illegally. His home in California was raided and a trial date was set. Later that year the charges against Milos were dismissed, and one of the other men plead guilty to a lesser charge.

In 2010, Milos was arrested for robbery. Apparently, he went to his gym to pick up mail and money he was owed, but his wife and her sister refused to give him the bag of money. After putting up a struggle he struck the sister and was arrested. He also had an outstanding warrant for tickets from parking his BMW on the road and claimed he had paid the tickets while he was overseas. The next day he was released from jail and the charges were lowered.

One of his most popular videos is quite long but informative, about nutrition:

A much shorter video when Milos was near his peak size was from 1999 prepping for Mr. Olympia:

Milos believes in muscle stimulation, so he advocates something called giant sets. 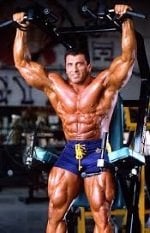 Milos came up with something called the "Hyperemia Advantage Theory". He says that while we train you activate blood flow into our muscles and boost growth. To take advantage of this he will inject glucose, amino acids, and ATP into the bloodstream before and during training. He also uses insulin. By doing all this we are able to better take advantage of our workouts and it creates a very strong anabolic effect.

Milos was busted for steroids and HGH already, and he has a reputation in bodybuilding circles for being a heavy user of all of the above and more. We can speculate his cycles look like this:

Join the Evolutionary.org forums and have your say on Milos Sarcev Steroid Cycle! 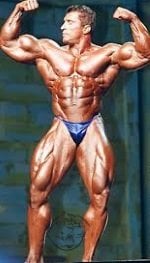 *DISCLAIMER: The cycle above is our opinion on what Milos Sarcev could have used, this is for information and entertainment purposes only. There is no direct evidence that Milos Sarcev used steroids or any other drugs. This article is our freedom of speech.