UFC interim light heavyweight champion Jon Jones has received a suspension of one year from an independent arbitration panel. The MMA fighter had his case heard by three arbitrators from McLaren Global Sports Solutions and the decision came back to give him the full sanction. 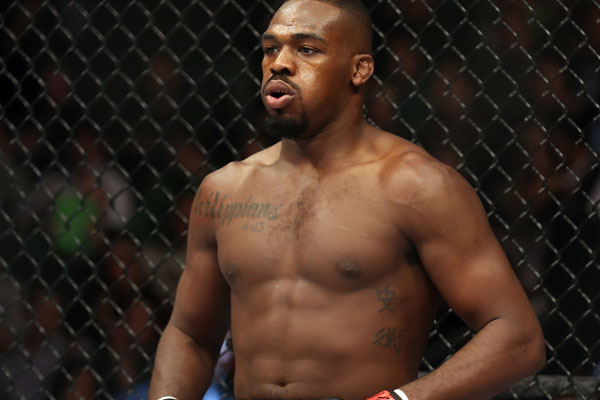 This was the first time a UFC athlete has gone to arbitration with the United States Anti-Doping Agency since UFC partnered with the anti-doping agency last year. The ban is retroactive to when the results came back, which means Jones will be eligible to return to the Octagon in July 2017.

The 29-year-old claimed he took a contaminated sexual-performance pill and the United States Anti-Doping Agency confirmed that the pill was tainted. However, the arbitrators said in their decision that Jones did not do his due diligence in determining whether or not what he was using was within the confines of the UFC's anti-doping policy and the World Anti-Doping Agency Code. The arbitrators remarked the fault of Jones was "at the top end of the scale" as the only questions Jones asked about the particular tablet was toward the teammate who provided it to him was and whether or not it was effective from a sexual-performance standpoint. The arbitrators wrote his degree of fault in fact verged on the reckles.

The arbitrators also remarked that Jon Jones should not receive the same suspensions of six months given to UFC fighters Tim Means and Yoel Romero, because those were "classic" cases of contaminated supplements with the banned drug not listed on the warning label.

The arbitrators wrote in their epilogue the applicant is not a drug cheat on the evidence before the Panel. It was further added that he did not know that the tablet he took contained prohibited substances or that those substances had the capacity to enhance sporting performance and added he has not only lost a year of his career but an estimated nine million dollars however by his imprudent use of what he pungently referred to as a 'dick pill'. It was further added this outcome which he admits to be a wake-up call for him should serve as a warning to all others who participate in the same sport.

Jones, the youngest champion in UFC history and still regarded as the best pound-for-pound fighter in the world, tested positive for two banned substances, Clomiphene and Letrozole, in an out-of-competition drug test prior to UFC 200 in July. He was pulled from that fight against Daniel Cormier three days before the potential bout when the results for the two anti-estrogens came back and lost around a $10 million payday in the process.

In a statement after the suspension news came, Jones said he was hopeful for a better outcome in the USADA ruling but is very respectful of the process in which they allowed him to defend himself. Jones further said he has always maintained his innocence and he is very happy that he had been cleared in any wrong doing pursuant to the allegations made that he had intentionally taken a banned substance.

The UFC interim light heavyweight champion is also facing a suspension and fine from the Nevada Athletic Commission.