Antonio Rogerio Nogueira, the Brazilian mixed martial artist currently signed with the UFC, has been notified of a potential doping violation by the United States Anti-Doping Agency. 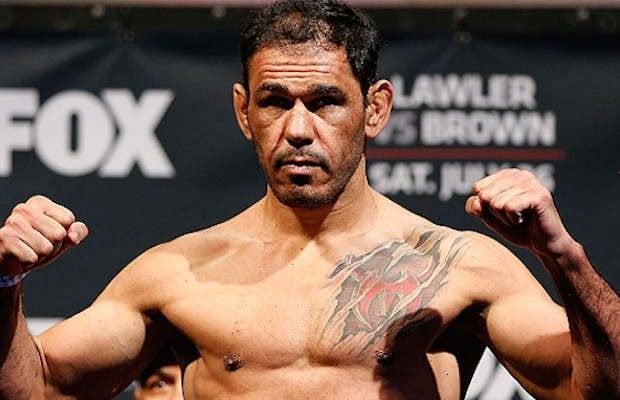 Hydrochlorothiazide can be found in over-the-counter painkillers. The thiazide diuretic (water pill) helps prevent the body from absorbing too much salt that can cause fluid retention. It works by making more urine and helping the body get rid of extra salt and water. Hydrochlorothiazide has the ability to reduce extra fluid in the body that can be a result of liver, heart, or kidney diseases. It is also known to lessen symptoms like swelling in ankles/feet or shortness of breath. It is the second most commonly prescribed antihypertensive in the United States. Hydrochlorothiazide (also known as Hydrodiuril, Microzide, Oretic, and Esidrix) may be used for treating calcium-containing kidney stones.

The 41-year-old said vehemently denied taking a diuretic. The maximum suspension for a diuretic is one year under anti-doping policy of the UFC.

In a statement, USADA remarked we can confirm that he tested positive for a diuretic stemming from an out-of-competition sample collected on September 27, 2017. The statement further reads that we are not going to provide any further details at this time because this is an ongoing case.

Nogueira (22-8), a 10-fight veteran of the UFC who has also fought for PRIDE FC and Affliction, is the twin brother of Antonio Rodrigo Nogueira, the "Minotouro." Antonio has previously competed against some of the most eminent names in the sport including the likes of Dan Henderson, Mauricio “Shogun” Rua, Ryan Bader, Kazushi Sakuraba, Alistair Overeem, Phil Davis, Tito Ortiz, Rashad Evans and Anthony “Rumble” Johnson. Nogueira holds a record of 22-8 across MMA, sporting a 5-5 mark inside the Octagon.

Nogueira was likely to face Jared Cannonier at UFC on FOX 26 on December 16. Antonio has now been removed from the card and the UFC is currently looking for a replacement. Nogueira was keen to get this fight after being fully healed from a cervical injury that removed him from UFC Fight Night 112.

The 41-year-old Brazilian was among the oldest active fighters on the roster of UFC. Nogueira is 1-3 in his last 4 fights and has not put together consecutive victories since 2013. Antonio won a bronze medal in the 2007 Pan American Games. He was the 2006 and 2007 Brazilian Super Heavyweight Champion. The Brazilian mixed martial artist competed in DEEP and HooknShoot events before he became a big star in PRIDE. Antonio defeated Japanese pro wrestler/MMA fighter Yusuke Imamura with a guillotine choke in just 35 seconds. He lost his second fight to Vladimir Matyushenko by decision but then bounced with a win over Tsuyoshi Kohsaka. He signed with the Ultimate Fighting Championship after Affliction closed its doors in July 2009.