Dick Pound, the former president of the World Anti-Doping Agency, has remarked more must be done to protect whistleblowers who are often treated worse than the drug cheats they help expose. 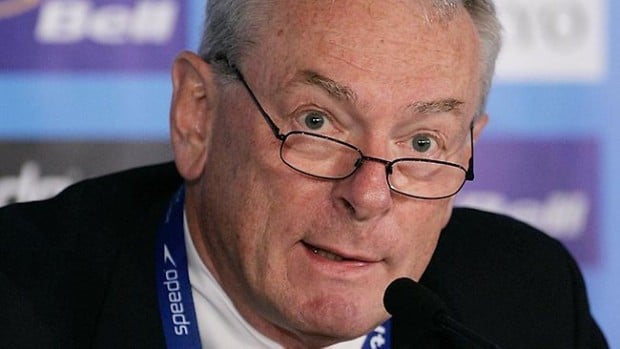 Pound recently led an explosive report that led to the decertification of the Russian anti-doping agency after uncovering widespread doping and corruption in Russian athletics. The report of Pound was based primarily on evidence provided by middle-distance runner Yulia Stepanova and her husband Vitaly, a former Russian anti-doping agency official. Yulia secretly recorded her conversations with fellow athletes and coaches over months and then handed the tapes and gave them to investigating agencies. She has since gone underground after fearing for her safety.

Pound, lavishly praised Yulia and her husband, and said we have got to do better job encouraging and protecting whistleblowers as they are the unsung heroes of all this. The former WADA chief said we should first of all make it easy for them to come out in open and reveal the truth. Pound also commented that in some cases you probably have to face the fact they are probably going to have to leave their country, we have to find them a place to go, maybe help them find a new job wherever they are and added it is a little short of witness protection plans but it would have some of those elements.

The report of Pound alleged that banned substances were provided by Dr. Sergei Portugalov, Chief of the Russian Athletics Federation's Medical Commission, to Russian athletes. It also alleged that the Russian athletics federation conspired to cover up their positive test results. Pound's report included a transcript of a conversation in which Yulia Stepanova discussed with a coach how busy was Dr. Sergei Portugalov helping sports people dope.

Yulia, who was herself caught doping, was also an integral part of a German television documentary. The documentary by ARD made claims of widespread doping in Russian sport that prompted the WADA independent commission.

Yulia is presently facing the threat of a lawsuit by Russian athletes who were involved in the recent doping scandal. The 1500m athlete Kristina Ugarova and 800m runner Tatyana Myazina recently remarked they will very soon sue their former teammate Yulia Stepanova for defamation in a Russian court. The World Anti-Doping Agency commission recommended that Kristina Ugarova and Tatyana Myazina be banned for life, along with the 400m and 800m athlete Anastasia Bazdyreva and two London Olympic medal winners, Yekaterina Poistogova and Maria Savinova. Savinova and Poistogova added they are sure more athletes would join the lawsuit and the fight against “speculation” by the World Anti-Doping Agency.

WADA chief Craig Reedie said if you look at the original German television reports much of that information came from whistle blowers so that is a huge component in the investigatory process. Reedie added Dick Pound found that source of information useful to him in his report and also said we actually don't do whistle blowing reporting very well and we need to improve that.