A long-delayed study financed by the World Anti-Doping Agency has revealed that one-third of the athletes at the 2011 Track-and-field World Championships may have knowingly doped shortly before they competed, although few of them were caught at the time. 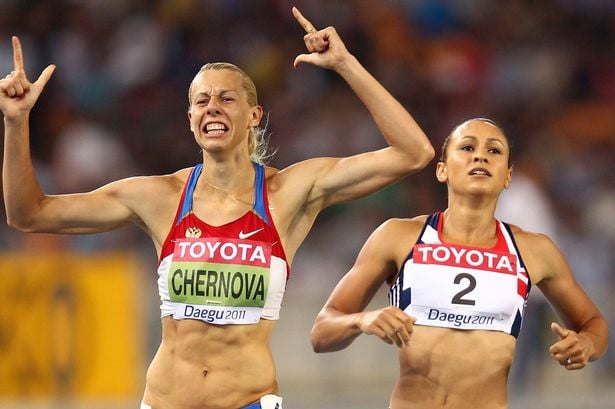 The peer-reviewed study estimated that doping was even more widespread at the Pan-Arab Games in 2011. The results of the study, "Doping in Two Elite Athletics Competitions Assessed by Randomized-Response Surveys" have now been published in the journal Sports Medicine.

It was disclosed that at least 45 percent of competitors thought to have doped in the 12 months before the regional multi-sports event. A total of 2,168 athletes at the two events participated in anonymous questionnaires upon which the study was based, according to the researchers. The volunteers were offered the choice of providing a replying to a query if they knowingly violated anti-doping regulations by using a prohibited substance or method in the last 12 months. The team of nine researchers from Europe and the United States came up with estimates of the doping prevalence among athletes at the two events after discounting some answers, from athletes who responded so hastily that they may have misunderstood the survey instructions or not carefully considered their response. The researchers found 30 to 31 percent at the world championships in Daegu, South Korea and 45 to 49 percent at the Pan-Arab Games.

It was further commented by the researchers that these findings may still have underestimated the extent of the cheating. Harrison G. Pope Jr., one of the authors and a professor of psychiatry at Harvard Medical School, said there are many reasons to suspect that we may have undershot the true values.

Michel Audran, the director of France’s WADA-accredited anti-doping laboratory, said track and field has now made significant progress against doping. Audran also commented that more than 100 athletes have been caught by a biological passport program that monitors the blood and other readings of athletes over time for signs of doping.

Olivier de Hon, the manager of scientific affairs at the Netherlands Anti-Doping Authority, remarked the methodology of the study was sound. Hon added he is of the view that doping is less widespread these days than it was in 2011. Hon also said it is an estimate but it is a pretty good estimate — within a 10 percent range of what was likely the truth at that time and also commented that it is a pity that it took so long to publish.

The authors defended the delay was a result of negotiations with the International Association of Athletics Federations and the World Anti-Doping Agency. Pope said he does not really know where in the system the delay occurred and added he does know that we wanted to be sure that we had thoroughly satisfied everybody.

The Athletics Integrity Unit, the new anti-doping organization of IAAF, said it welcomed any research on the prevalence of doping. The integrity unit added it is confident that as it builds its investigations and intelligence capability to complement its testing program, the unit will be able to better detect doping and, ultimately, be able to narrow that gap.