Craig Reedie, President of the World Anti Doping Agency (WADA), said at the WADA Symposium in Ecublens, Switzerland that many whistleblowers are now approaching the anti-doping agency through a new program set up after allegations of widespread and state-sponsored doping in Russia. 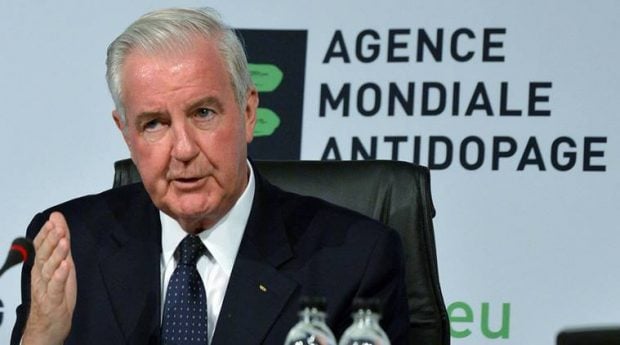 A "Speak Up" secure digital platform was launched this month by the World Anti Doping Agency for athletes and others to report anti-doping violations. The digital platform includes a secure app for iPhone and Android phones, currently available in beta version on the App Store and Google Play. Olivier Niggli, Director General of WADA, announcing the launch said WADA is pleased to launch Speak Up that they believe will encourage more informants and whistleblowers to come forward and report suspected doping violations.

Reedie, speaking at the SportsPro Live conference, said we already have a number of whistleblowers speaking to us. Reedie also remarked the investigations people do not tell the president of the organization what they are doing and added that is exactly the way it should be, confidential.

Reedie expressed hope the world might not be facing another big scandal. Russian track and field athletes were banned from last year's Rio Olympics after it was recommended by WADA that the entire Russian contingent should be excluded from the Olympics. This was after an independent report by Canadian lawyer Richard McLaren, published just before those Games, claimed widespread and state-sponsored doping in Russia.

The International Olympic Committee rejected a proposed blanket ban and instead asked international sports federations to decide which athletes should be eligible to compete.

Few days back, Russia expressed hopes that the suspension of suspension of its anti-doping body RUSADA could be lifted in November this year, but the WADA President said that could not be relied upon. Reedie remarked a decision on the participation of Russian athletes at next year's Pyeongchang Winter Olympics in South Korea needed to be made as early as possible. The WADA chief added Russian athletes could expect an aggressive program of targeted testing in the run-up. Reedie also remarked he certainly wants Russia to be compliant as quickly as possible and added not having the biggest country in the world compliant poses problems for sport that sport is finding very, very difficult to handle.

Reedie also commented that what he thinks is important going into Pyeongchang is that whatever else happens, there is a very rigorous pre-Games testing exercise. The President of the World Anti Doping Agency also said he thinks the pre-Games testing program, which is easier to do for a winter Games than a summer Games because you have got fewer sports, will almost certainly be extensive and authoritative. Reedie expresses his doubts on the participation of Russian athletes competing at this year's world athletics championships in London in August. The President of WADA remarked he thinks it would be really difficult for the world governing body of athletics, the IAAF, to remove the suspension of Russian athletics while the Russian anti-doping agency is non-compliant and added his guess is that it would be a struggle to have them compliant in time to allow the IAAF to change their view.