Sir Bradley Wiggins, the professional road and track racing cyclist who rides for the UCI Continental team WIGGINS, has revealed the UCI testers stripped down his Hour Record bike in hope of motors. Wiggins, who recently left Team Sky, said he does not believe the concept of motorized doping is a new thing. 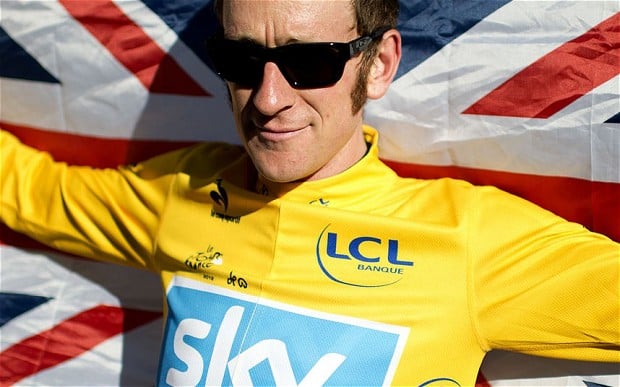 The 2012 Tour de France winner said he does not think the bike of Femke Van den Driessche is the first one to contain a motorized device. An electric motor was discovered by stewards at the World Cyclo-cross Championships in bike of the Belgian teenager. Driessche claims the motorized bike was not in fact hers and of a man who has come forward claiming to own it.

Wiggins, speaking to press ahead of the Dubai Tour, said he thinks it is probably been around for a while. Wiggins added the UCI testers had this suspicion for five years now because they have been checking the bikes and added he thinks this is the first one they have found but he is sure that it has happened in the past, but they haven’t found them. The British professional road and track racing cyclist also said it is good in a way that they found it because they’ve been checking them for five years now.

UCI president Brian Cookson said technological fraud is unacceptable and added we want the minority who may consider cheating to know that, increasingly there is no place to hide, and sooner or later they will pay for the damage they are causing to our sport.

In another development, Wiggins’s former teammate Chris Froome said he had warned the world governing body of cycling about motorized doping. Froome also remarked his bikes have been checked by the UCI on many occasions. Froome said motorized doping is a concern that he brought up with the UCI Independent Commission when he sat down with them and added he told them it would be his advice that the UCI implements controls and measure to start checking bikes more regularly.

Froome welcomed decision of the UCI to step up testing for motorized doping. The British professional road racing cyclist for UCI ProTeam Team Sky said he thinks the UCI is taking the threat seriously and hopefully this will mean that they only increase the number of checks that they do on the world tour level.

Chris Froome went on to remark that he would be more than happy to make his physiological data public so that constant speculation about his improved performances in the last few years could be quashed. Froome said people were asking for his data and, knowing that he had nothing to hide, obviously he went and did the tests and offered that data up publicly to everyone and he is really happy how that went down. Froome also said he means, not to say that every athlete should do the same thing but it is everyone's personal prerogative if they want to do the same or not. The 30-year-old Froome said ahead of the Herald Sun Tour in Victoria that he has been really happy with how that all turned out.