The Mucuna Pruriens (common name: velvet bean) plant and its extracts have been used in tribal history to treat snakebites from cobra, viper and krait.  For many years, the dried leaves were smoked in traditional Ayurvedic Indian medicine for such conditions as Parkinson's disease.  As a matter of fact, according to medical research done on L-DOPA, Mucuna  does have the potential to treat Parkinson's disease. 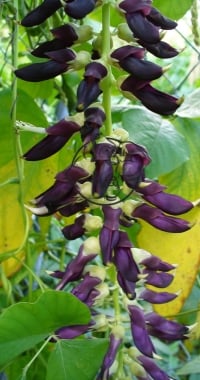 Mucuna Pruriens is a tropical legume that is native to the tropical areas of Asia and Africa. It is an annual climbing shrub with long vines, which reach over 15 meters in length.   Mucuna Pruriens produces flowers, fruit and seed pods, and when the skin makes contact with the young foliage or seed pods, extreme itchiness will occur.  This is a natural defense mechanism to protect against hyperpredation.

Mucuna Pruriens is widely cultivated around the world because it has a rich value in agricultural and horticultural use due to its ability to enrich soil by moderating nitrogen levels and re-fertilizing the land.   Moreover, it has a vast amount of traditional and medical uses, as well as benefits to athletes.

Although the main active ingredient that works its magic in Mucuna Pruriens is Levodopa (L-DOPA), it contains a lot of other beneficial substances, which help treat psychological issues and boost mood.  Among them are serotonin, DMT and bufotenin.

In fact, rat studies have shown that it affects dopamine and serotonin, which will aid in epilepsy and other related disease.

Since Mucuna is a Nootropic, it has many benefits to aid a bodybuilder or an athlete.  When harsher types of anabolic steroids are used (like trenbolone), one may feel more moody, angry and exhausted, which can have a negative influence on sleep, workouts, and work life.  Mucuna has dopamine effects on the brain that will aid focus, alertness, and cognitive function.  As a result, the bodybuilder can take full advantage of his workouts.  When a small dose is added as part of a supplemental sleep-stack, mucuna will aid sleep and calm the person before bed.

Another benefit that is not mentioned very often is its effects on libido and testosterone production.  Since it has effects on the brain dopamine function, mucuna can increase growth hormone secretion through the pituitary gland, which will stimulate LH and the testis into producing more testosterone.  This is especially useful during post cycle therapy (PCT).

Research has shown that Mucuna will increase growth hormone and testosterone via L-DOPA. Nevertheless, if this was the case, then why don't scientists synthesize this supplement?  The answer is that they already tried, but the resulting synthetic agent is not stable and leaves the body too quickly.  However, when natural Mucuna is taken, L-DOPA is released steadily and stays active in the blood for much longer (hours) than the synthetic version;  therefore, only the natural mucuna pruriens is a strong testosterone booster.

A study was done on humans, where men were given 5 grams (5000mgs) of mucuna per day for 3 months.  As a result, sperm cells increased by 688% in infertile men, and by 32% for men with normal sperm.  Testosterone levels also rose 38% in infertile men.  This means that Mucuna works best in men who are testosterone deficient, which makes it an excellent supplement during post cycle therapy (PCT).  Moreover, in another study,  mucuna reduced cortisol levels by 40%.  Cortisol is a nasty hormone that eats away  muscle and strength gains, and could be keeping you from making gains.

If abused, Mucuna Pruriens has some side effects.  It is important to start at only 100-150 milligrams (mg) per day and work your way up.  If such side effects as vomiting, headache, high blood pressure and hallucinations occur, you should lower the dose immediately.  If ran correctly, side effects with mucuna are unusual.

Edibility
If it's not prepared properly, Mucuna can be toxic to humans.  Correct cooking requires the beans to be soaked in water before cooking to drain out the phytochemical compounds.   Furthermore, large quantities of the leaves can be toxic to certain mammals.  Therefore, I don't suggest making your own mucuna pruriens extract at home.

When taken alone for the treatment of Parkinson's disease, the dosage will be around 5 grams daily.  On the other hand, if Mucuna pruriens is part of a supplement stack used to lift a person physically and mentally, anything under 1 gram should be sufficient.  In fact, most people find that 250-500 mgs per day is an average dose.  Furthermore, like most supplements, you should cycle it on and off, or you will risk building a tolerance to it.

Many supplement stores sell Mucuna by itself, but they are typically full of fillers and other unwanted ingredients.  In many cases, the labels from generic unknown brands give fake dosages.  Therefore, it is crucial to use a trusted supplement company when you purchase mucuna pruriens.  One such supplement that contains Mucuna, as well as 6 other powerful ingredients, to aid in relaxation, mood, and sleep is called N2Sleep.  It's sold by N2BM.   It contains 50mgs of Mucuna per capsule, and the serving size is  2-3 caps; so you will be getting 100-150mgs total.

Want to read about Mucuna Pruriens on our forums? check out these threads: 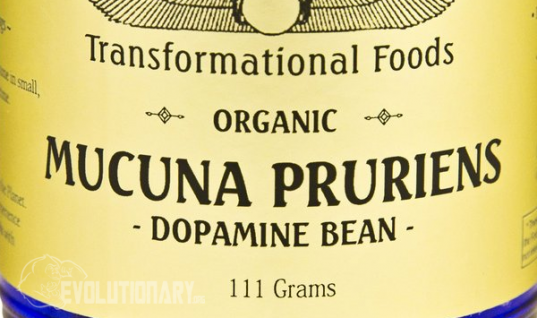