Who is musclehead320?
Musclehead320 is an Instagram name of Tyler Bauman, a 32-year-old Massachusetts resident.   He has almost 100K followers on Instagram, and he has been active on steroid forums and other social media.   His following exploded when he was featured in several Bostin Loyd youtube videos such as "Raw Footage" where he and Bostin pinned anabolic steroids, mixed supplements, and also worked out together.   He also made another popular and funny video called "The Roast" where he and Bostin made fun of several well-known fitness celebrities such as Joey Swole and Rich Piana.   He also promoted a very expensive steroid E-book on his youtube channel and personal website, which acts as a guide to dosing and using anabolic steroids and other performance-enhancing drugs. 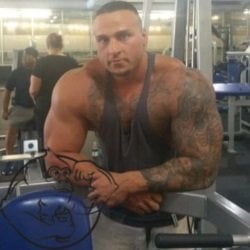 Tyler Bauman and 5 other accomplices were arrested and charged with conspiracy to distribute controlled substances, and conspiracy to traffic counterfeit drugs.   The US Attorney's office said the defendants engaged in a scheme to produce and market illegal steroids, by purchasing raw materials and supplies, and then using social media to sell them to customers.

To make matters more interesting they would use the Onyx Pharma name, symbols, and logo.  Onyx Pharma is a large pharmaceutical company owned by Amgen which produces cancer drugs.  The defendants appear to have tried to use the name to their advantage, perhaps to give their steroids more legitimacy.   Tyler would use his Instagram page and forum posts to claim that he was 'sponsored by Onyx' which was absurd.  The reality was they would import raw materials from China, then produce the steroids in their own underground lab (known as bathtub gear).   They also opened a tanning salon called Wicked Tan, which was used to serve as a front to launder funds. 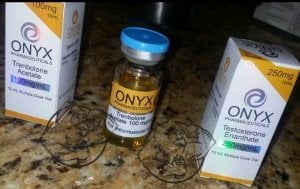 Tyler Bauman's Instagram page boasted of being a 'Trenbolone sponsored athlete', which is a parody line because it was known he loved to use large amounts of the very potent steroid Trenbolone year round.  He would also use cartoons, funny videos, pictures of steroids, and funny text messages to market himself as a steroid user very openly. 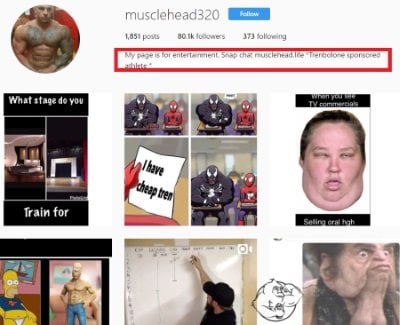 His mostly combative forum posts started in the Spring of 2015 at Mesomorphosis (now known as thinksteroids), where he would deny he had anything to do with the operations of Onyx Pharma (his own underground lab), and that his own experiences of the brand were very good.   At the time, other reviews of the brand were mixed at best, with some users saying it was totally bunk or underdosed, with other users saying it was decent.

He also claimed he owned 'many businesses' and would never drug deal because that is what '15-year-olds do' all while giving people an email to contact Onyx to order steroids.    Oddly enough, when a forum member called him out and said he would one day be 'locked up' he responded with 'steroids where I live are a mister meaner' (he misspelled the word misdemeanor or perhaps it was auto corrected) and that 'cops, where I live all, use steroids and we all inject each other's asses after we fuck your mom.'

After a year and many members on forums trying the gear and getting it tested, it was concluded that the gear was bunk, meaning no good.   Musclehead was still posting though and bragging how 'Mr law hasn't come knocking', seemingly admitting that the rumors of him being the owner were true.   He also seemed to be under the belief that his state does not kick down doors for steroid dealing, oblivious to the federal government's long reach.   Oddly enough around New Years 2017 he once again changed his story and said he wasn't involved with Onyx, and would never be dumb enough to deal steroids because he already is rich and owns many businesses.   He said he did NOT know them personally, but he only receives money for giving them 'shout outs' on social media.   He also said that any past blood work showing Onyx steroids were poorly dosed was the fault of China, for being a greedy country, and sending underdosed raws.

On evolutionary.org people were warned that Onyx was just a cheap UGL by a moderator in 2015 and to avoid using it.  It is always important to remember to trust only approved sources. and just because a brand has fancy labels and a well-known name attached to it, doesn't mean it is legitimate.

With the new administration in the United States cracking down on all drugs hard, we can expect more steroid busts over the next year, than the prior 8 years combined.  This would explain why many underground labs are shutting down.

Usually, in these cases, the prosecution will cut a couple of the gang (ones with no criminal history) a deal to roll on the others in the gang to avoid prison time. Considering there were 5 others involved here, and that musclehead320 is rumored to have had prior arrests, it is likely that he will be facing significant prison time in this case if found guilty.

Want to read about counterfeit Onyx Pharma on our forums?