Rafael Nadal has asked the International Tennis Federation (ITF) in a letter for the results of all drugs tests he has taken in his career to be released to the public. 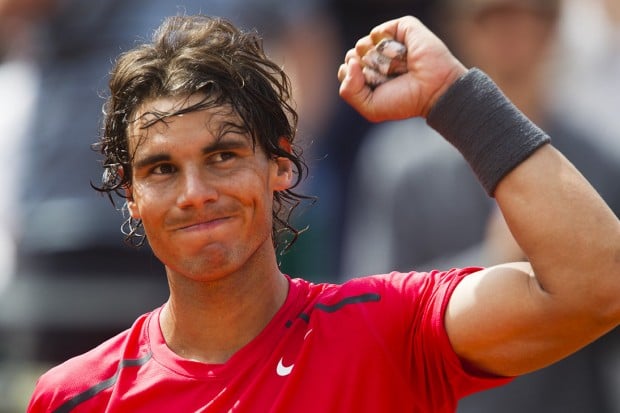 In a letter addressed to ITF president David Haggerty, the Spanish professional tennis player currently ranked world No. 5 remarked it is necessary that our sport becomes a flagship in a world where transparency and honesty are two pillars of our conduct and way of living. The letter of Nadal reads he believes the time has arrived and our sport and our governing bodies need to step up in communicating well to the world and added he knows how many times he has been tested, on and off competition. Nadal urged the ITF to make all his information public that include including biological passport and complete history of anti-doping controls and tests. Nadal went on to wrote in the letter that he urges the UTF to start filing lawsuits if there is any misinformation spread by anyone and added it cannot be free anymore in our tennis world to speak and to accuse without evidence.

The ITF acknowledged receipt of the letter from Nadal and confirmed the Spanish tennis star had never committed a doping violation. In a statement, the ITF said the ITF has received a letter from Rafael Nadal that includes a request to release his personal test results under the Tennis Anti-Doping Program (TADP). The ITF statement further reads that it can confirm that Rafael Nadal has never failed a test under the TADP and has not been suspended at any time for an anti-doping rule violation (or for any other reason related to the TADP). The ITF further added that Nadal, as all other players who are subject to the TADP, has access to his anti-doping records through WADA's ADAMS (the World Anti-Doping Agency's Anti-Doping Administration and Management System) database and is free to make them available and added the accuracy of any such release would be verified by the ITF.

The fourteen-time grand slam champion recently filed a lawsuit against former French sports minister Roselyne Bachelot after she accused Nadal of covering up a failed drugs test. It was alleged by Bachelot that Nadal faked an injury in 2012 when the Spaniard missed the final six months of the season because of knee problems, in order to hide a positive drug test.

Widely regarded as the greatest clay-court player in history, "The King of Clay" has never failed a drug test in his many years on the ATP Tour. Named the Laureus World Sportsman of the Year in 2011, Rafael Nadal has always vehemently denied ever using banned performance enhancing drugs. Nadal has won the 2008 Olympic gold medal in singles, 14 Grand Slam singles titles, 28 titles in ATP World Tour Masters 1000 events, and 17 ATP World Tour 500 tournaments. Rafael Nadal was also a member of the winning Spain Davis Cup team in 2004, 2008, 2009, and 2011 and is the youngest of four in the Open Era to achieve the Career Grand Slam at age 24. Nadal equaled the all-time record of Guillermo Vilas's 49 clay court titles by winning Barcelona open in 2016.