Nasser El Sonbaty was one of the most prolific and consistent IFBB pro's of his era, placing at least 3rd in more than half his shows. His combination of incredible size and symmetry made him stand out vs. his competition. At his peak, he was 5'11" and 320+ pounds. He was nicknamed "The Professor" due to his education and because he spoke more than a half dozen languages. He lived to only 47 years old – RIP! 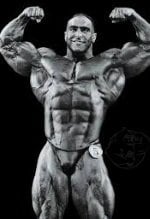 Nasser was born in Germany to an Egyptian father and Serbian mother. At first, he thought bodybuilder physiques looked ugly, so he stuck to his favorite sport, which was soccer. To build stronger legs to kick further and harder, he started to train his legs with a friend at a local gym. He started to gain more respect for weight training and realized he had a gift for it because he quickly gained strength and size.

Nasser became a student of weight training and nutrition, he read books, asked questions from the older guys, and experimented with workouts. He joined a top level gym in Germany and ended up competing for the first time in 1985, and the judges complimented his abs and symmetry. He officially went pro in 1990, finishing in the top 10 at the Grand Prix Finland. Afterwards, he won his pro card and moved to the USA and became popular after his 6th place Mr. Olympia finish in 1994.

Nasser never won the Mr. Olympia. He griped that the competitions were rigged and corrupt, saying he was 'robbed out of over $5 million' over the course of his career due to missed endorsements and corrupt judges. Nevertheless, his achievements were impressive. In 1994 he finished 6th, in 1995 he finished 3rd, in 1996 he finished 3rd in scoring but was disqualified for using a banned diuretic, in 97 he finished 2nd behind Dorian Yates, in 98 he finished 3rd, in 99 he was 6th, in 2000 he was 5th and in 2001 and 2002 he dropped to 9th and 15th respectively.

During this span, he won the Night of Champions, Grand Prix Russia, Grand Prix Switzerland, and the Arnold Classic, and, as mentioned earlier in the article, would routinely finish in the top 2 or 3 in many shows in Europe.

Nasser ran into health problems including a staph infection in his shoulder rumored to be caused by synthol; though, he denied this claim.

He also required a heart transplant late in his life, and he chose to live his final days with his family in Egypt. At just 47 years old, he died in his sleep due to kidney and heart failure, undoubtedly due to his steroid and performance enhancing drug (PED) abuse. His death is eerily similar to bodybuilders such as Dallas McCarver and Rich Piana who were also abusing PED's and also were too big for what their organs could handle.

Nasser was very egotistical about his training, claiming nobody in the world could keep up with his workout routine. Here is a video of him training arms:

and here is his back workout:

Nasser trained heavy and relentless, going to failure as much as possible. He was 100% pro free weight training and not machines. He felt that most people cannot handle the pain of heavy free weight training, which is why they cannot reach their heights. 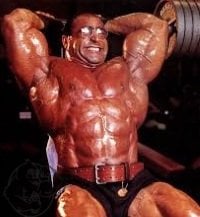 Joe Weider was very close to Nasser, giving him his first contract after he immigrated to the USA. He followed Weider's Pyramid Principal, which was starting out with a lower weight and more reps, then increasing the weight every set with fewer reps vs. just doing 8 reps over and over.

Nasser weighed in around 300 lbs. during the offseason and would eat huge amounts of food. His favorite carbs were sweet potatoes, yams, and rice. For protein, he would chow down turkey, chicken, beef, and a ton of eggs. His protein intake was easily over 500g per day during his bulks. 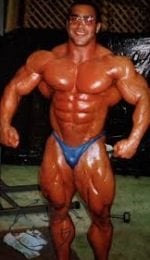 *Don't try this diet at home, not good for your heart, and he was taking a ton of insulin and other drugs to help him take advantage of all this food. If a normal joe were to follow this, he would just get fat.

Nasser wasn't afraid to be more open about steroids vs. others. He would say it was 100% necessary, BUT you also needed the genetics and dedication as well. This is true of anything in life. No doubt Nasser was very aggressive with his steroid use. *Again do not try this at home:

Join the Evolutionary.org forums and have your say on Nasser El Sonbaty Steroid Cycle! 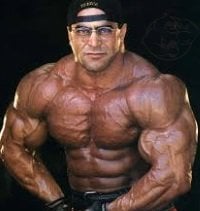