Yury Ganus has been appointed as new chief of the Russian Anti-Doping Agency. It was stated in one of the provisions in WADA’s document "Roadmap to Code of Compliance" that the Supervisory Board of RUSADA must select a new Director General via a transparent, external and objective application and recruitment process overseen by the two International Experts. 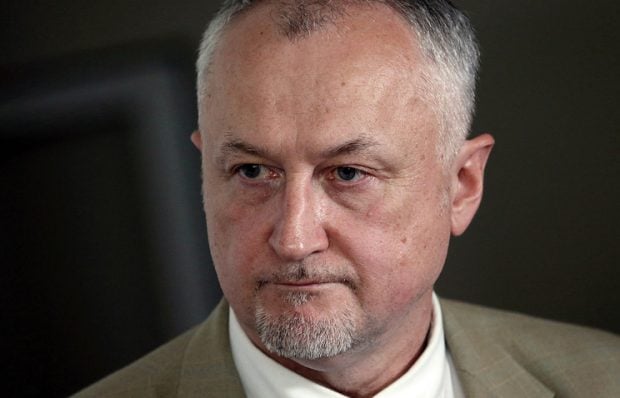 The 53-year-old comes from a business background and is on the board of directors of Sevmash shipyard, which specializes in nuclear submarines.

His primary task will be to get the drug-testing authority removed from an international blacklist. Since 2015, the Russian Anti-Doping Agency has been suspended by the World Anti-Doping Agency after evidence emerged of widespread state-sponsored doping in the country. The doping scandal resulted in ban on Russian track and field athletes from the Rio Olympics last year, and the country remained banned from this month's World Championships in London. RUSADA was declared "non-compliant" with the international sports anti-doping code.

RUSADA said on its website that the name of Ganus was approved by a general meeting of the anti-doping agency after being chosen in a vote by Russia's Olympic and Paralympic Committees. In a statement, it said a general meeting of RUSADA members approved the candidacy of Yury Ganus for the post of general director.

Ganus remarked his main task is ensuring access for all Russian athletes and federations to participate in international competitions in the shortest time possible. The newly-appointed RUSADA chief emphasized on the need to integrate work of the Russian Anti-Doping Agency into the system of the World Anti-Doping Agency and also commented that we also need to raise the level of trust in the Russian anti-doping system as a whole.

Vitaly Mutko, Russia's Deputy Prime Minister, hailed the appointment of Ganus as one of the latest steps in carrying out the road-map to reinstate the Russian Anti-Doping Agency.

Long ago, the WADA Independent Commission carried out an investigation in regard to the activities of RUSADA, the All-Russia Athletics Federation (ARAF), the Moscow anti-doping laboratory, and the Russian Sports Ministry. It was alleged that certain athletes and sports officials engaged in or supported doping and were involved in other activities related to violations of international regulations on performance enhancing substances. The Russian Anti-Doping Agency faces an audit by WADA in September that may possibly pave the way to its reinstatement. The World Anti-Doping Agency has given RUSADA the right to plan and coordinate drug testing since June under the supervision of international experts and the UK Anti-Doping Agency.