Russian President Vladimir Putin has announced that new anti-doping program of the country will be ready in early 2017 as the country battles to clean up its scandal-tainted image. 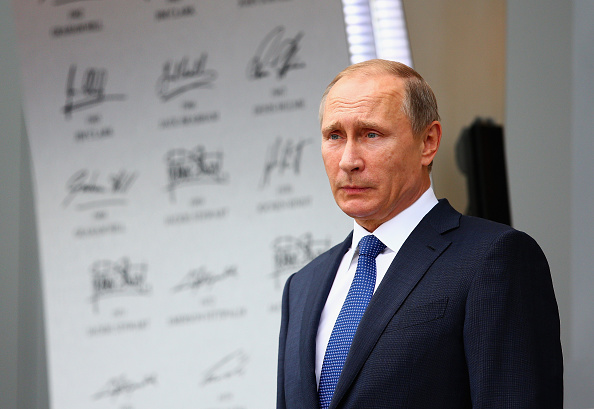 In his annual Kremlin speech to parliament and the nation, President Putin remarked the law would assist athletes to take part in August's World Championships in London. Putin said in his annual state of the nation address that every cloud has a silver lining. Putin added he is convinced that the so-called doping scandal will help us to create the most advanced system to fight this evil. Last month, the President of Russia signed a law that introduces prison terms for coaches and medical staff who coerce athletes into making the use of banned performance enhancing drugs.

Reputation of the country suffered a setback ever since a report by the World Anti-Doping Agency (WADA) revealed evidence of state-sponsored doping that saw the athletics team of Russia and the entire Paralympics squad getting sidelined from the Rio Olympics this year. The initial ban has twice been extended, in March and June this year.

Canadian law professor Richard McLaren's report commissioned by WADA released in July just before the Rio Games saw the country's athletes lose their chances of competing in the Olympics. A new McLaren report on Russian sport is to be released on December 9.

A report by Germany's ARD television and France's Le Monde newspaper had revealed that the son (Papa Massata Diack) of former IAAF President Lamine Diack took millions of euros from Russian competitors in return for "total protection" from failed doping tests. It was reported that six athletes each paid between €300,000 and €700,000 ($318,000-$740,000) to top officials including Papa Massata who is hiding in his native Senegal and wanted by French authorities. ARD remarked the organized cover-up of suspected doping in the world of track and field has as such assumed a previously unimagined scale. The German broadcaster added it is once again primarily athletes from one nation under scrutiny: Russia.

A few weeks back, Russian Deputy Prime Minister Vitaly Mutko promised full access to anti-doping prosecutors to military cities that are normally closed to members of the public although often listed as training bases by many Russian athletes.

The International Association of Athletics Federations (IAAF), the world governing body of track and field, recently extended ban on the country until at least February. Rune Andersen, the head of the IAAF taskforce set up to assess Russia's anti-doping progress, said Russia was still not yet ready to return. Andersen, who delivered a report to the IAAF's ruling council, remarked his team would now visit Moscow in January after McLaren delivers his final report into Russia's doping program. Andersen said he will submit his report the following month. The Norwegian added at that time it hopes to be able to identify a clear roadmap and timetable for Russian athletics federation's reinstatement.