The UCI, Cycling's governing body, has announced that it will form an international anti-doping tribunal to offer 'consistency' across all cases. This tribunal will be set up by 2015 and will be empowered by the UCI to deal with all doping cases that involve international competitors that are currently handled by national federations. 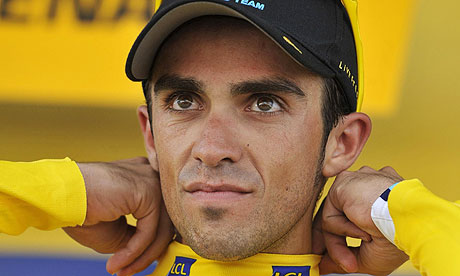 This decision by UCI is attributed to high-profile doping offences in the sport involving riders such as Alberto Contador. In the Alberto Contador case, the cyclist tested positive for Clenbuterol during the 2010 Tour de France. Contador claimed that his positive test was due to contaminated meat. His claim was accepted by the Spanish cycling federation but both the UCI and WADA appealed against the decision. The cyclist was stripped of that Tour win plus other results, including victory in the 2011 Giro d’Italia.

Recently, Roman Kreuziger and Daryl Impey have been cleared of all anti-doping violations by their respective national federations after they tested positive for banned substances.

The world governing body of cycling believes that the establishment of an international anti-doping tribunal will also minimize the number of cases that go to the Court of Arbitration of Sport (CAS) and it will also end the debate over the reliability of the findings of individual federations.

In an official statement, the UCI said the 14 member Management Committee in order to further improve UCI's anti-doping processes proposed the establishment of an Anti-Doping Tribunal to deal with cases involving international athletes, instead of these disciplinary proceedings being delegated to National Federations. It added the tribunal would be made up of judges specialized in anti-doping, fully independent of the UCI, with the aim to provide all top level athletes with the same consistent process and a clear, short timetable. It was further remarked that this should ensure consistency and uniform quality in the decisions, significantly reduce the number of cases that go to CAS (Court of Arbitration for Sport) on appeal and lift the operational burden from the National Federations and the tribunal should be ready to start operating in 2015 after consultation with National Federations.

The World Anti-Doping Agency said this announcement by Cycling's governing body will be a step ahead in the fight against banned drugs and methods. A spokesman for the World Anti Doping Agency said WADA will fully support such kind of a tribunal and added WADA welcomes the changes to anti-doping processes agreed to by the UCI Management Committee and the changes outlined by the UCI fully satisfy the requirements of the World Anti-Doping Code. The spokesman added the establishment of an anti-doping tribunal to deal with cases involving international athletes, rather than managing these cases at the national level, will help bring further consistency to doping case decisions in the sport of cycling. The spokesman went on to add that WADA as with all doping cases, and as is central to its mandate will reserve the right to review decisions and lodge its independent right of appeal to CAS if required.