Joseph Parker, the current World Boxing Organization (WBO) champion, has admitted that he missed a drugs test earlier this year after failing to tell testers that he was on holiday. 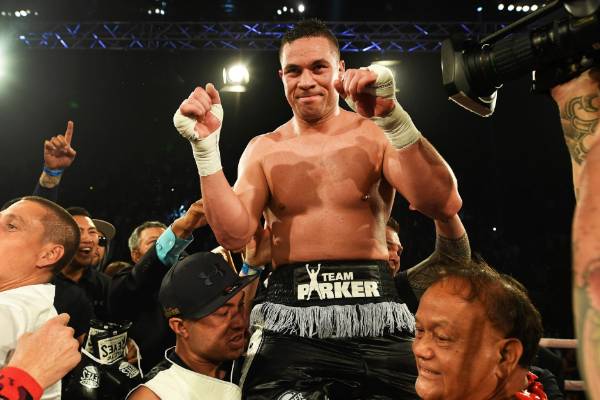 The heavyweight champion from New Zealand missed a test operated by the World Boxing Council (WBC) as part of their World Anti-Doping Agency (WADA)-operated Clean Boxing Program. The missed test followed a successful title defense over Razvan Cojanu of Romania on May 6.

A spokesperson for Duco Events, the promoter of Parker, claimed that this was completely an oversight as Parker forgot to change his location on the online system. The spokesperson added Joseph extended his holiday following the Cojanu bout on May 6 and did not update the WADA system of his change of plans. It was also added that a couple of weeks ago drug testers went to his residence in Las Vegas and he had said he was going to be in camp there but he had changed his plans and was in Samoa at the time and added there is no hiding and it was an oversight.

The Duco Events' spokesperson added a missed test doesn’t mean you have been doping, it just means you have been careless. The spokesperson also commented it is just that Joseph didn’t update the WADA system in this case and he was on holiday at the time.

Parker has competed at the Delhi 2010 Commonwealth Games and the London 2012 Olympics during his career, as well as the Singapore 2010 Youth Olympic Games. The New Zealand professional boxer who has held the WBO heavyweight title since 2016 will receive no punishment unless he misses another test. Parker is one of five fighters to have missed tests through the WBC program. The others are Haitian-Canadian former WBC heavyweight champion Bermane Stiverne, two Americans in super-middleweight J'Leon Love and super-featherweight Tevin Farmer, and Japanese heavyweight Kyotara Fujimoto. All of them are presently in the process of "results management protocol".

In the past, Britain's Beijing Olympic 400 meters champion Christine Ohuruogu was among athletes to have served a doping ban of one year for missing three out-of-competition tests in 2005 and 2006.

In another development, Parker and a number of Olympians have issued messages of support to athletes representing New Zealand at the Commonwealth Youth Games. The New Zealand Olympic Committee named a team of 34 athletes aged between 14 and 18 for the Games in The Bahamas back in May. The Games, first staged in 2000, are due to be held between July 19 and 23. The team members will compete in athletics, beach volleyball, boxing, cycling and swimming. Parker sent a video message to the athletes.

1 0
Previous ArticleEvolutionary Radio : Episode #114Next ArticleIndian Shot Putter To Be Banned For Doping