The U.K. National Institute for Health and Care Excellence (NICE) has remarked that health providers should provide needles to under-18 steroid users. This guidance was issued after reports of children as young as 15 injecting anabolic steroids to build muscle. 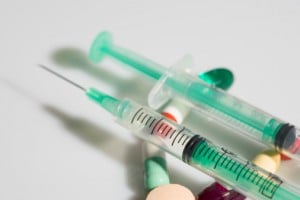 NICE also urged health providers to offer specialist services for rapidly increasing numbers of steroid users amidst an alarming rise in the number of young men at increased risk of blood-borne infections by injecting steroids. According to conservative estimates, the number of individuals using anabolic steroids in England and Wales is at around 60,000, but clinics have reported a dramatic increase in recent years. The Crimes Reduction Initiatives (CRI), a drug and alcohol charity, has remarked it had noticed a rise of 645 per cent in steroid users visiting its 21 needle exchanges in the UK, up from just 290 in 2010, to 2,161 last year.

More and more young men are using needles to inject image and performance enhancing drugs, as per David Rourke, from the CRI’s Arundel Street Project needle and syringe program in Sheffield. Rourke said we run a weekly clinic for steroid users but we have people coming through the door on a daily basis, with at least seven new clients a week. He added that we know there are many more people out there who are not using needle and syringe programs because this group of users do not see themselves as drug users and added that traditionally they are more sexually active than users of heroin or crack, so there is more potential for the spread of infections through intercourse. Rourke remarked competitive bodybuilders were not the only people injecting anabolic steroids and added there were also people who want to look good to go out on a Friday night, those who work on construction sites and even people who work in emergency services.

Since their introduction in the 1980s and 1990s, needle and syringe programs have been highly effective at combating the spread of infectious diseases in the United Kingdom. HIV infection rates among injected drug users is significantly lower than the European and United States' average, while rates of hepatitis B among injectors had fallen to 16 per cent in 2011, from 28 per cent in 2000. However, many believe NICE guidelines issued in the past may have prevented some young people from accessing safe injecting equipment.

Professor Mike Kelly, director of the NICE Centre for Public Health said that clinics were now seeing a completely different group of people injecting drugs. He added they do not see themselves as ‘drug addicts’ and quite the contrary, they consider themselves to be fit and healthy people who take pride in their appearance. Professor Kelley added since we last published our guideline on needle and syringe programs in 2009, we’ve seen an increase in the use of image and performance enhancing drugs such as anabolic steroids. He also remarked we’ve also heard anecdotal evidence that more teenagers are injecting these image and performance enhancing drugs too and we’re updating our guideline to make sure all of these groups of people are considered in the planning and delivery of needle and syringe programs.