American mixed martial artist Sage Northcutt has responded to claims by Cody Pfister that he might be using performance enhancing drugs. 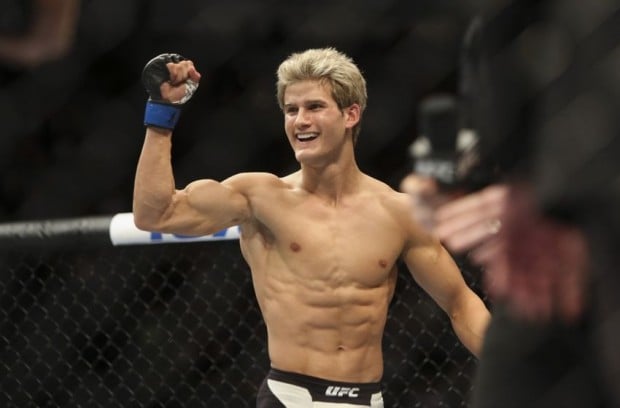 The 19-year-old, who led the UFC Fight Night 80 disclosed post-fight payroll, confirmed that he has been drug tested four times over recent weeks. Northcutt revealed he has been tested three times by USADA, and one time by the Texas Boxing Commission. Northcutt added the latest one by USADA was at 6am in the morning of December 7th with a surprise home visit for blood and urine. Northcutt have an emphatic response to Pfister's claims by saying he would never use any banned substance and added he was tested numerous times throughout my entire high school competition career as well aside from his recent testing for the UFC.

The World Kickboxing Champion, who enjoys the distinction of being the youngest person ever to be on the cover of Sport Karate Magazine, said all of his accomplishments have been attained through dedication and hard work. Northcutt added anyone that has seen him his entire life knows that and everyone has seen him complete since the age of four years that tells he trains hard or harder than anyone. The UFC fighter said he is an extremely disciplined athlete and has literally been in the best shape of his life that he can possibly be from the first time he started competing. The UFC fighter also said he has been dieting on the same diet since he was five or six years old and everybody that knows him knows that is true.

Sage Northcutt added he realizes no one knows him in the world of mixed martial arts but all those who knew him from sport karate can tell you about his work ethic. Northcutt also commented that if he looks good enough to look like he is cheating, he would take that as a compliment and also said everyone who thinks he is cheating should try the same regiment of strict dieting for fifteen years and working out for three to four hours a day, six to seven days a week, and of course having good genetics plays a big part also. The UFC fighter also said his faith has been a huge contributing factor to his success. Northcutt remarked he had 75 world titles in martial arts. Northcutt added he has always tried to be a leader and a role model, and be a person of character and integrity and that comes from his relationship with Jesus Christ and he intends on spreading that Gospel around the world.

Northcutt overcame early adversity to submit Pfister with a guillotine choke just 41 seconds into the second round of the main card of Thursday. His performance followed a dazzling UFC debut of 57 seconds that earned him a sizable salary increase compared to most fighters heading into their second fight under the Zuffa umbrella.

Northcutt got featured in the debut episode of Dana White's Looking For A Fight and was signed to the UFC after an impressive victory at Legacy Fighting Championship 44.