The Court of Arbitration for Sport (CAS) has overturned a doping ban of one year imposed by the International Canoe Federation (ICF) in July on the Belarusian men's canoe and kayak teams.

Prior to the verdict, Belarus was able to send only its women's team to the Rio Olympics in August. The CAS verdict means the ICF is now vulnerable to legal action. 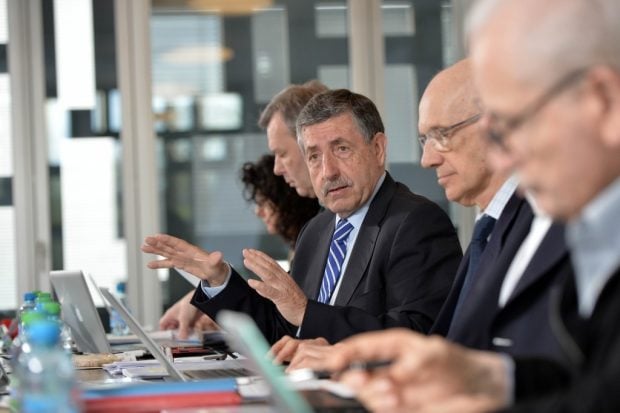 In April, the Belarus squad was banned following a raid of its training camp in France by police and anti-doping officials. Many items and substances were confiscated by police and anti-doping officials and 17 members of the squad were drug-tested. Five of them tested positive for Meldonium, the drug that was added to the banned list last January. However, the World Anti-Doping Agency did admitted later that it was not sure how long it takes for the substance to leave the system of an adult.

The International Canoe Federation banned the Romania and Belarus sprint teams for a year because of systemic doping. In a statement, the ICF then remarked the ban proved a "zero tolerance" approach and removed Olympic places from "cheats". ICF President Jose Perurena had said this is a clear message that the ICF has a zero-tolerance stance to cheats and that we will do everything within our powers to remove them from our sport. Perurena had also commented that he is disappointed that we have reached this point, but added he is sure that our swift actions will act as a strong deterrent and underline that we support clean competition and nothing else will be tolerated.

It was confirmed by the Romanian Olympic and Sports Committee that C1 entrant Leonid Carp and C2 partner Ştefan Strat had failed for Meldonium, along with women's K2 paddler Elena Meroniac, a silver medalist at the Baku 2015 European Games. The entire world champion C4 1000 meter quartet of Traian Neagu, Catalin Turceag, Daniel Burciu and Petrus Gavrila also failed, with all seven were due to compete in the Rio Olympics.

In July, the Belarus Canoe Association tried to have the ban suspended but a CAS panel rejected that attempt. This time, a three-man panel of CAS experts heard the formal appeal in November and ruled in the favor of Belarus.

In its verdict, the CAS said the CAS panel on the basis of the evidence and arguments submitted by the parties found there was insufficient evidence to uphold several of the alleged anti-doping rule violations. The CAS statement further reads that the panel in the absence of multiple anti-doping rule violations found that there was no justification to uphold the imposition of a one-year ban on the Belarus senior men's Canoe and Kayak teams and decided to set aside the decision taken by the ICF executive committee.

Belarus has been the superpower in Canoeing at recent Games, with the men's team winning two gold medals and a bronze in 2008 and two silvers at London 2012. The country has a poor record for doping. A weightlifter faced a doping ban of one year from weightlifting once the positive cases from the re-testing of samples given at the 2008 and 2012 Games are formally completed.