Olympic champion hurdler Brianna Rollins of the United States has received a suspension of one year for repeated failures to disclose her whereabouts to anti-doping officials. 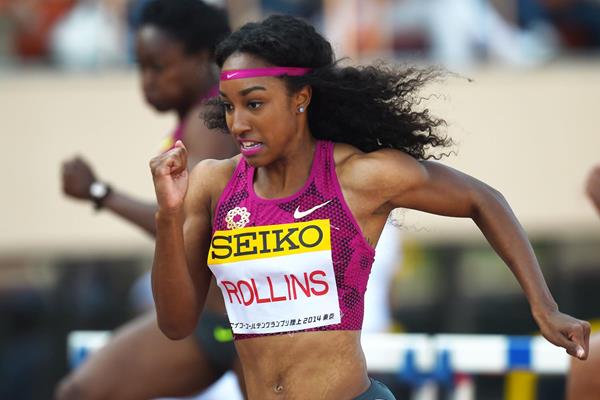 The suspension of Rollins is retroactive to September 27, 2016, the date of her last missed whereabouts report. The US track and field athlete claims the repeated failures were caused by a mix-up in a computer program.

Rollins took her case to an arbitration panel after the initial ruling of USADA. The United States Anti-Doping Agency delivered what her attorneys called the minimum penalty allowable. It was acknowledged by the arbitration panel that it was a difficult case because it involves the imposition of a serious penalty on a brilliant athlete who is not charged or suspected of using banned substances of any kind. It was also commented by the American Arbitration Association (AAA) panel that there was no evidence Rollins had tried to avoid being drug tested. The AAA also said Rollins shows no evidence of avoiding testing, masking drug use, or using drugs.

The gold medal of Rollins, part of a medals' sweep by U.S. 100-meter hurdlers at the Rio Games last year, will not be stripped. According to the attorneys of Rollins, she underwent eight out-of-competition tests last year and “at least” 16 tests overall; Rollins never tested positive. The attorneys also claimed the computer program listed her location on certain dates as both her home and a track meet where she was competing. Rollins missed three tests, on April 27, September 13, and September 27. A third missed test results in an anti-doping violation.

Stellar Athletics, the management company of Rollins, said the arbitrators agreed that Brianna Rollins has never tried to evade drug testing in any way, and that at least one of her missed tests was a result of her confusion created by the computer program in which she was required to identify where she would be at all times, which resulted in her 'whereabouts' listing both her residence and a track meet at which she would be competing as her location for testing on certain days.

The athlete will now miss the 2017 outdoor season, including a chance to compete at world championships later this year.

Rollins remarked she accepts full responsibility for the mistakes that have led to her suspension. The American athlete also commented that she is disappointed that she will have to miss this coming outdoor season, as a result of her confusion over how the whereabouts program worked. The Olympic 100 meters hurdles champion said she will accept the sanction and work to prepare herself for her return in 2018. The American also said she has always been and continue to be a supporter of USADA and their fight to keep our sport clean, and she will continue to do her part to prove that success can be achieved without taking any shortcuts.

Rollins also commented that she would also like to urge all her fellow track athletes to be aware of the importance in filing correct whereabouts notifications, and to fully understand the implications of what could happen if errors are made. The athlete "does not intend to appeal'' to the Court of Arbitration for Sport.