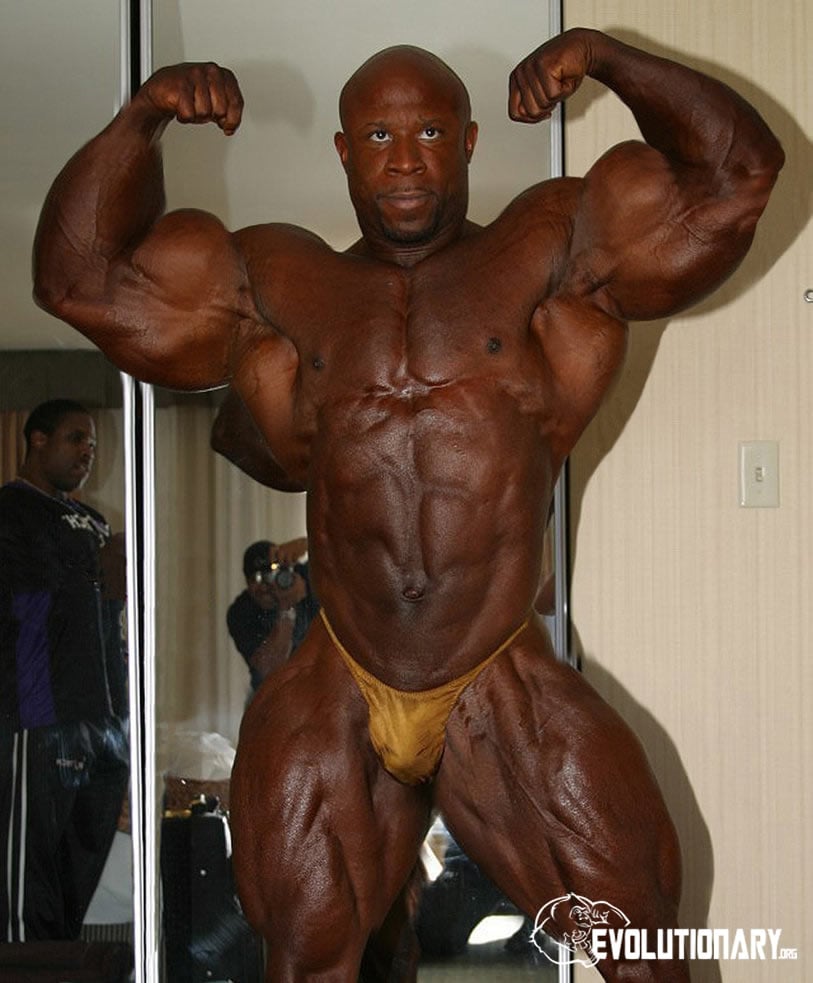 Orville Burke is a former professional bodybuilder who sported one of the most insane physiques of all time due to the sheer width of his body. At his peak, he was 5'10" and 250 pounds. His competition weight was a ripped 218 pounds in the late '90s, and he was able to add more size into the 2000s, where he earned Mr. Olympia top 10 finishes.  His career was cut short before he hit 40 years old, due to a medical issue. 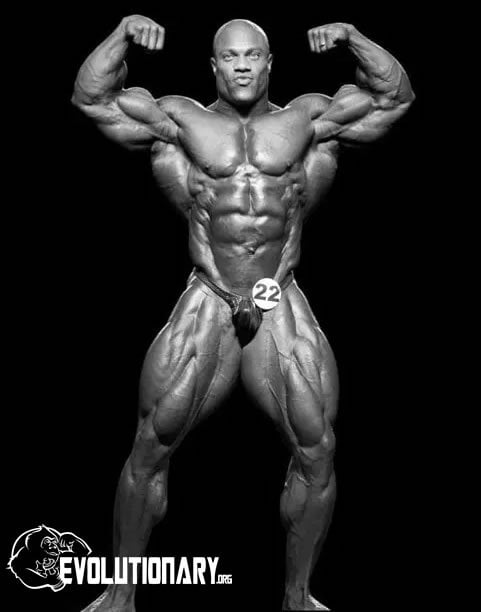 Burke was born and raised in Jamaica.  He had a very weak and skinny back as a kid and started working out to build it up stronger. The way he would motivate himself is competing with his friends doing pullups and chin-ups after school was over. This resulted in a rapid improvement in his physique. 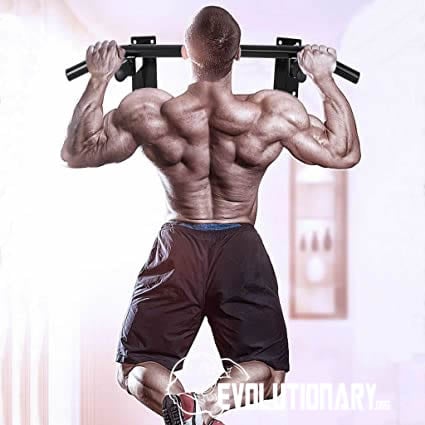 His motivation to becoming a pro bodybuilder came when he visited a book store.  He knew this was the career he wanted to chase when he opened up the book and saw a picture of Arnold Schwarzenegger.

Arnold Schwarzenegger is the most celebrated bodybuilder of all time. If you compare the popularity of Arnold to anyone else, you'll realize the only person to come close is Sylvester Stallone – who also cycled. Who wouldn't want to look like Arnold? Tree-trunk arms, tiny waste, huge shoulders and a wide chest. The man was a Greek god hailing form Austria.Read More... 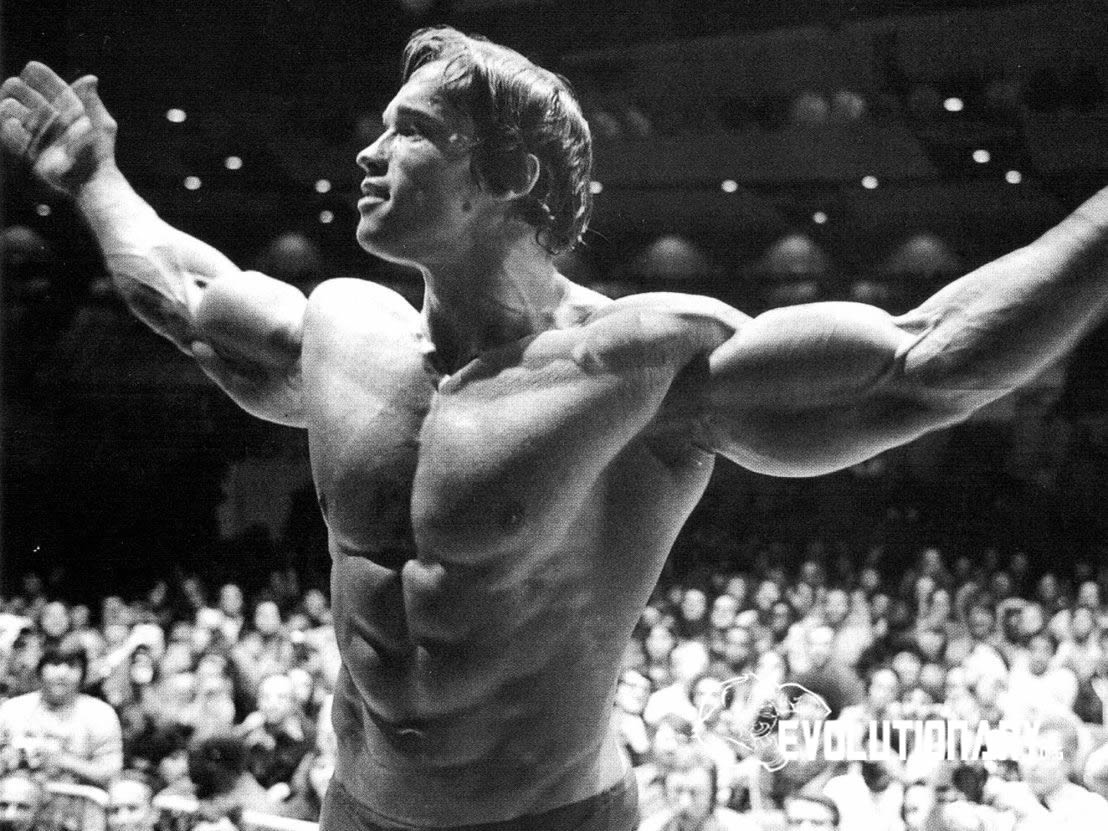 Burke knew to give himself the best chance for the success he would have to leave Jamaica, and he came to the USA in the early 1980s, and his first major jobs were security. He got his USA citizenship in the mid-'90s and lived in New York City.  He maintained a thick Jamaican accent even after being in the United States for many years.

He was known for having one of the widest physiques ever, being called "as wide as a house". 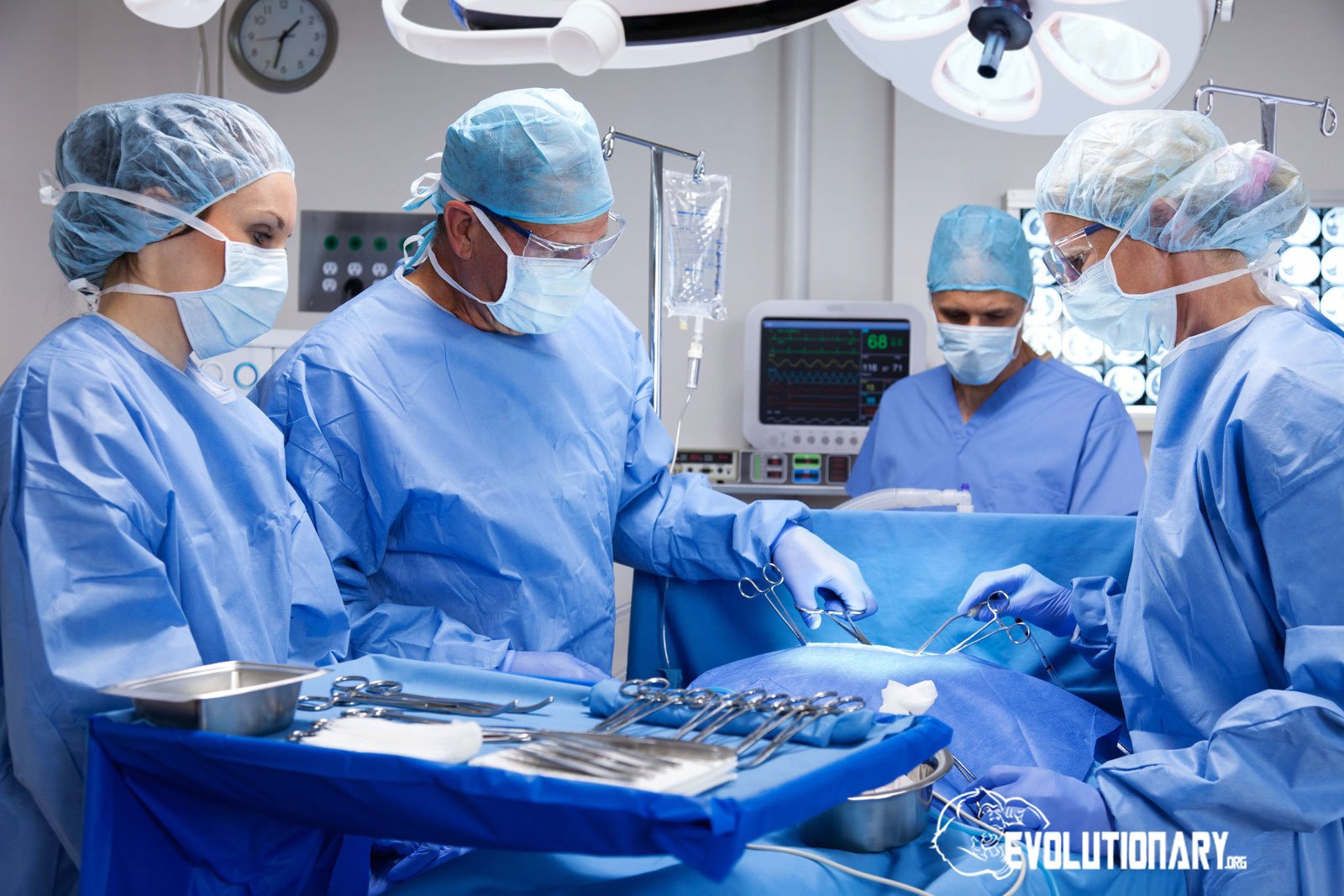 Burke was in his prime in the early 2000s having done well 3 straight years at Mr. Olympia and having come to a few points away from being a top 3 Mr. Olympia. He figured he had a few years left to try and reach the top.  However, when he went under the knife to fix a nagging elbow injury his heart stopped and he went into a coma.  During this, the doctors were able to save his life but this close call would be the end to his career.

Nerves in the elbow inputs for vibrations, cold, heat, and sharpness. When those nerves are damaged or pinched, it can disrupt your day-to-day movements.https://t.co/SmMFOustqz#ElbowPain #ElbowInjury #PinchedNerve #orthopedics #vailvalley #summitcounty #colorado pic.twitter.com/MwrK6wtLAl 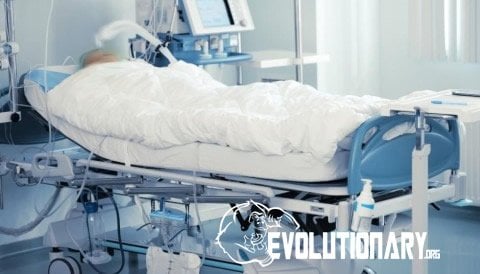 Burke was a legend with his wide back and it may have stemmed from his childhood insecurities.  The few tidbits of information he has shared about training have focused a lot on working out the back.  The truth is most people in a typical franchise gym neglect their backs because A: they don't care about it since they cannot see it in the mirror and B: they simply do not know how to train it effectively.  Unfortunately, this is why you see a lot of hunchback meatheads, they have super strong fronts but super weak backs.

Burke's secrets to building a strong back starts with:

1.  Training your back before your traps at least once per week during your session. 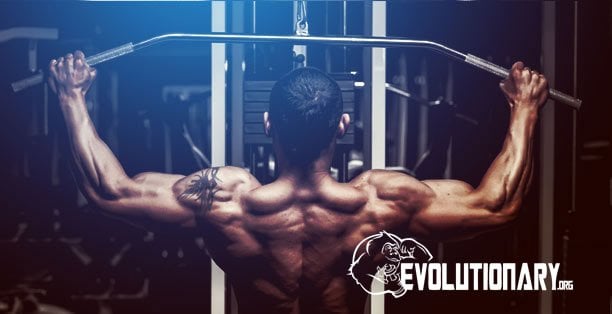 2.  A lot of rows with dumbbells, T-bars, or barbells. He says if you neglect rowing then you are failing to work your back in the first place. 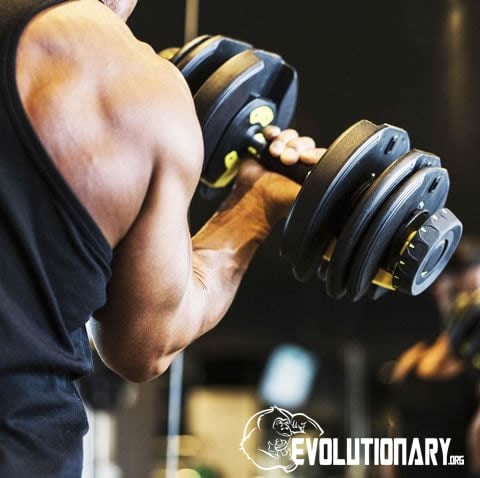 One month after my latest update. I start training tomorrow for my first marathon (documenting here), I can do about 70 pushups, and 3 pullups. pic.twitter.com/ectww0oGaw

4.  Finishing your workouts with deadlifts to failure.

Back in the prehistoric times of the 1970’s there was a movie called “Pumping Iron.” It chronicled the lives of Arnold Schwarzenegger and Lou Ferrigno in the months leading up to the 1975 Mr. Olympia competition. The movie introduced the off-beat hobby known as “bodybuilding” to the general public. After the movie, the public’s perception of bodybuilding and muscularity was forever changed.Read more...

His back routine consisted of around 20 sets in total between 8-10 reps heavy but with control.

Burke is an example of someone building a strong base growing up and creating a lot of muscle and body memory. This is why I have preached for years that every teenager should weight train (but do it smartly and efficiently). It not only will make it easier for you as an adult to succeed in the gym grind but it also builds a lot of confidence. Burke realized this confidence to immigrate to the USA and chase his lofty goals. Although many have forgotten about him or have never heard of him, he accomplished a lot before his retirement and many have learned from his famous back routines. 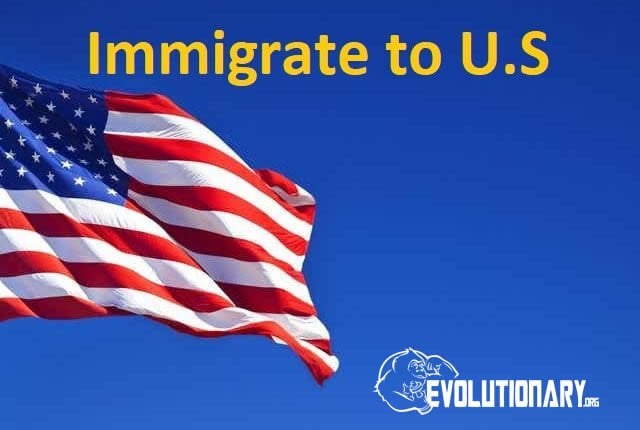 Burke has been compared to Ronnie Coleman and many guys who see his pictures get the two mixed up which is a testament to what Burke achieved. Although he has incredible genetics and his workouts were devastating to a normal person, we can speculate that he was using steroids during his rise. Did they also contribute to his heart issues? 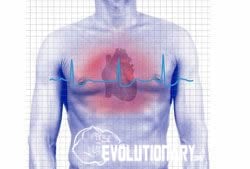 Most likely yes, like anabolic steroids and the sheer size of a man carrying that much muscle puts a lot of pressure on the heart.  With that let's take a look at what he could have used around the year 2001 based on what was popular those years:

The building block of all steroids, testosterone is a naturally-produced hormone in the body. It is secreted by the testes and is responsible for the balanced growth and maintenance of primary and secondary sexual characteristics in males - deepening of the voice, broadness of shoulders and narrowing of the pelvis, rapid hair growth (especially on the face, legs and pubis), and the production of semen for sexual reproduction.Read more...

Winstrol is an interesting and intriguing drug. I also have a bit of a personal connection with its history and the way it’s implemented within cycles. Allow me to explain…Read more...

DISCLAIMER: DISCLAIMER: The following article is for entertainment purposes, Orville Burke has not publicly admitted to using steroids and HGH as far as we are aware.  His cycle is not a fact and it's our views on what he used and what steroids he took. 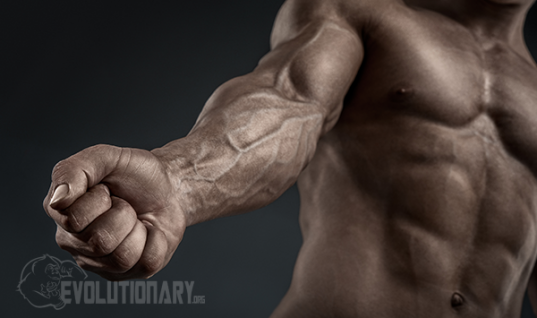 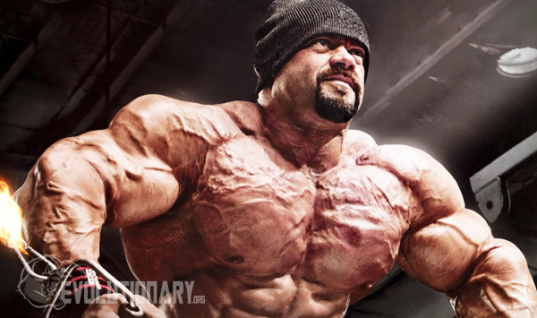 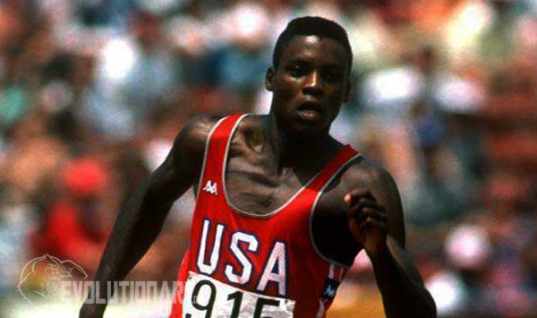 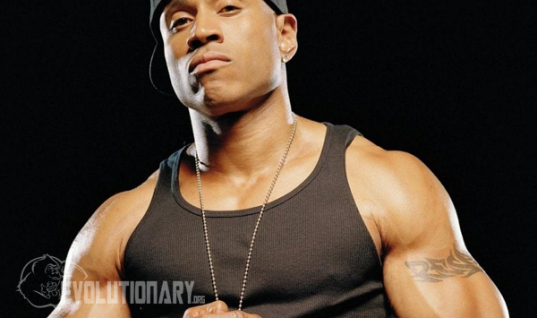