Lamine Diack, who steps down as IAAF president at the end of August, has defended anti-doping record of the International Association of Athletics Federations and called the latest doping allegations as “a joke”. 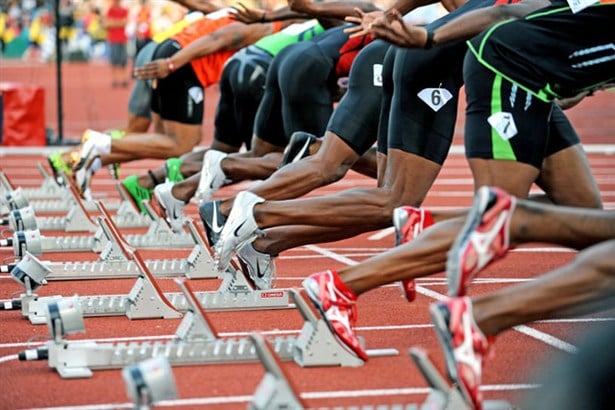 Diack was referring to doping allegations made by German broadcaster ARD/WDR and the Sunday Times after they gained access to a database that contained more than 12,000 blood tests from 5,000 athletes. The two organizations claimed that more than 800 athletes have had suspicious blood tests. It was also claimed that a third of all medals in endurance events at the London Olympics and World Championships went to athletes who had a “dubious” blood count result during their career.

The outgoing IAAF President, speaking to the media at the IOC session in Kuala Lumpur, remarked we are going to answer all questions. Diack added but it doesn’t mean just because someone has a suspicious profile once that he was doped and also commented that it is a farce when people say that there are medals to be redistributed from 2001 to 2012. The IAAF Chief also remarked everything that has been done in the fight against doping has been made by IAAF.

Meanwhile, Sebastian Coe, who is standing in the election to succeed the outgoing chief, promised to take a tough call on drugs. In his presidential manifesto, Coe had remarked the fight against those who continue to lie and cheat is not over — far from it — and it is crucial that we continue to increase resources in this battle for our sport’s integrity and now is the time to dramatically close the gap between a positive test and the relevant sanction.

Craig Reedie, the President of the World Anti-Doping Agency, expressed concerns about the latest doping allegations. Reedie remarked WADA is very disturbed by these new allegations that have been raised by ARD, which will, once again, shake the foundation of clean athletes worldwide. The WADA Chief added the allegations would be handed over to the WADA's independent commission for further investigation.

In another development, former WADA president Dick Pound remarked athletics could face a major crisis if the allegations are proven. UK Sport chief executive Liz Nicholl issued a warning to athletes that any British athlete caught up in the scandal faces a lifetime ban from receiving funding if doping is proved. UK Sport funds 1,300 British Olympic and Paralympic athletes. Nicholl remarked her thought on this is that no matter how unpalatable the revelations are, the truth has got to be told so that the integrity of the sport is protected.

Roger Black, a former 400m silver medalist, remarked the latest doping claims made it very difficult for athletes to defend the sport. The British Olympian said it is incredibly damaging, because for those of us who love the sport, those of us who perform at the highest level, it is very frustrating and added it becomes so much harder to defend the sport. European women's 400m hurdles champion Eilidh Child also remarked the latest doping revelations "make her heart sink". Child, who won silver at last year's Commonwealth Games, remarked "clean" athletes are not getting the support they deserve.