Former Bombers Paddy Ryder and Angus Monfries have officially been withdrawn from the first two NAB Challenge matches of Port Adelaide. The club confirmed the duo would not take part in matches against West Coast and Richmond as they await verdict of the AFL Anti-Doping Tribunal into the Essendon supplements scandal. 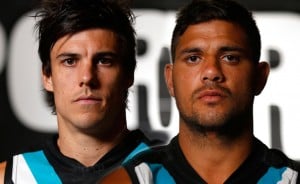 Ryder and Monfries were on Essendon's list in 2012 and received infraction notices in November for allegedly taking banned substance thymosin beta-4. The pair is expected to bypass the NAB Challenge to prevent jeopardizing backdated suspensions but they will participate in Port's intraclub match at Alberton Oval on Friday night because it is not an AFL-sanctioned game.

In a statement, Power general manager of football Chris Davies said the Port Adelaide Football Club has confirmed Angus Monfries and Paddy Ryder will not play in any AFL sanctioned games until the AFL Anti-Doping Tribunal has handed down its verdict on players facing infraction notices. Davies added the club had decided not to apply to have provisional suspensions of the players lifted for the NAB Challenge. The  Chris Davies said the Port Adelaide Football also remarked it was determined the best course of action, given the circumstances, was to wait until the tribunal had made its determination and added we are looking forward to this situation being resolved.

Port Adelaide coach Ken Hinkley said we are going to stick with our plan that we're going to run sides, and we've got to run sides because that's our strength. He added we know that one of our strengths as a side is our conditioning and we've stepped up again our conditioning training this pre-season and also remarked the players know and believe that's one of our strengths and they have to train that and said you don't just go out there.

Port Adelaide Club chief Keith Thomas also admitted that he does not share the confidence of James Hird, the Essendon coach, and his president Paul Little that players who are facing anti-doping penalties would be free to play in round-one. Thomas said he thinks there is a real chance they'll get some penalty and we have discussed that with them and also remarked that our players are sharing legal representation with the Essendon players and I know the AFL Players Association, in particular, is very confident they will be cleared.

Recently, Paul Little addressed the season launch of Bombers and declared that he believed anti-doping tribunal chairman David Jones would clear the 34 players who took part in the drugs program of 2011-12 on March 31.

About 25 current Essendon players will not play in the first two rounds of the NAB Challenge as they are waiting for verdict of the anti-doping tribunal. Eighteen of these players are believed to have received infraction notices while the other seven have opted to sit out the competition with an aim to protect the identity of their teammates who are being investigated for possible doping violations. This situation has forced the Bombers to sign top-up players from their VFL side and other State League clubs so they can field a competitive team. 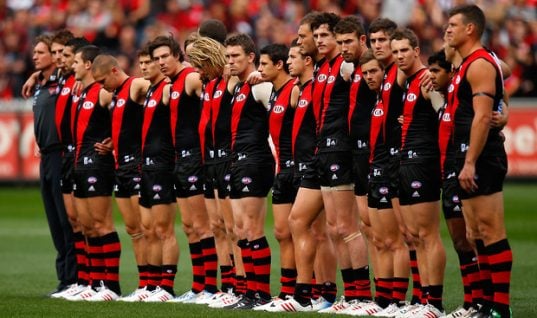