Paul Dillett is a retired Canadian professional bodybuilder. He is best known for his outstanding results during a 14-year stretch, where he had top 3 finishes in some of the toughest bodybuilding competitions. He is half Jamaican and half French. His peak stats are 6'1" and an incredible 310 pounds, which earned him the nickname Freak-einstein. 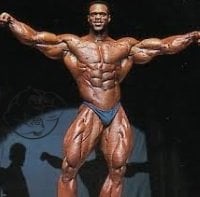 Paul was born in 1965. Growing up, Paul loved sports from an early age and ended up playing in the Canadian Football League (CFL), which introduced him to hard training and physical punishment. He turned that love for competition into bodybuilding in the late 80's.

In 1991, Paul impressed the crowd in the heavyweight division at the North American Championships, finishing 2nd. After just a year of serious competing, he earned his pro card in 1992. He would go on to compete in over 40 major competitions and placing top 3 in almost half of them. His first Mr. Olympia took place in 1993 where he got an impressive 6th place. 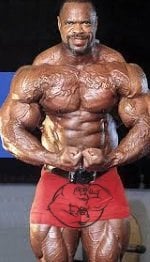 Paul experienced a scary incident at the 1994 Arnold Classic. While on stage, he attempted a pose and then could not move. He had become so dehydrated that he started cramping and could not move while screaming "Oh my God!". You can watch a video summary about this with pictures here:

Paul started the WBFF (World Bodybuilding and Fitness Federation) in 1997. He also started to offer online and in-person personal training.

Paul has over 100K followers on his Instagram: https://www.instagram.com/paul_dillett/?hl=en His page focuses on pushing his WBFF business. You can read more about WBFF here: wbffshows.com

Paul has to be considered one of the biggest bodybuilders of all time and this video proves it:

Notice how he looks like a giant vs. the other guys.

Here are a couple more videos showing just how huge this guy was:

Paul was a workhorse in the gym, working out 2 or 3 times a day. His strategy was cardio on an empty stomach, then afterwards eating his first meal. Then he would hit the big muscle groups in the early afternoon, then come back in the late afternoon and hit the smaller muscle groups followed by another hour of cardio. That type of dedication is only doable when someone is 100% motivated and also has the genetics to handle that workload. 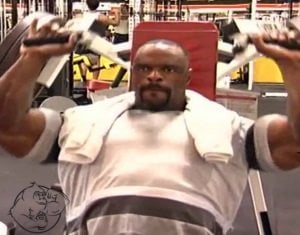 Paul's workout routine was similar to other professionals of his era. He worked out 4 straight days then took a day off. Those 4 days of training involved a 4 day split of muscle groups. Then rinse and repeat.

Paul kept things boring and simple when it came to his diet. He stuck to chicken, eggs, fish, and steak as his protein choices. He drank a lot of protein shakes, and his favorite carb choice was rice. 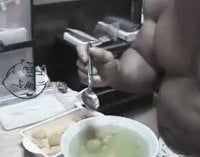 He wasn't a big advocate of supplements aside from whey protein, and he only took fat burners ahead of competitions.

Paul was a very large individual. He ate a lot of protein, worked out a lot, and had some amazing genetics. Steroids were also in his arsenal, and we can speculate based on what guys were using in the mid 90's as to what his cycle looked like at his peak.

Join the Evolutionary.org forums and have your say on Paul Dillett Steroid Cycle! 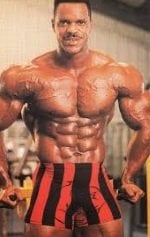 *DISCLAIMER: The cycle above is our opinion on what Paul Dillett could have used, this is for information and entertainment purposes only. There is no direct evidence that Paul Dillett used steroids or any other drugs. This article is our freedom of speech.