The third FIFA Medical Conference, which took place ahead of the FIFA Congress, focused on prevention of doping, prevention of sudden cardiac arrests, and prevention of injuries on the pitch. 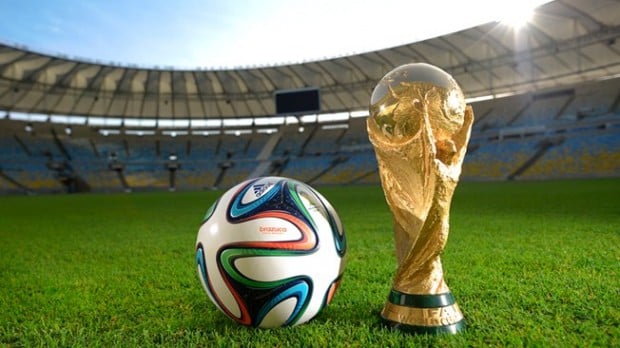 Medical representatives and leaders of the 209 member associations of FIFA gathered in Zurich for two days of discussion and exchange on the latest scientific advances related to football and health. The focus of the discussions was to prevent some of the major health threats for the sport.

Recently, the tragic death of two football players in Belgium gave a sense of urgency to the issue of sudden cardiac arrest. Dr. Michel D’Hooghe from Belgium, who is the chairman of FIFA’s Medical Committee, was particularly sensitive to the problem. Dr. D'Hooghe remarked the doctor may intervene directly on the field without waiting for the authorization of the referee in cases of possible cardiac arrests in conditions where a player falls down without any specific reason, without any contact. D'Hooghe added you know that in such a situation each minute is important and an immediate intervention can be life-saving.

FIFA has taken many measures in the recent past to tackle cardiac arrests. Medical examinations are conducted before all FIFA competitions so that who are predisposed towards cardiac arrests can be identified. The FIFA Medical Assessment and Research Centre (F-MARC) has developed a FIFA Emergency Medical Bag that includes an automated external defibrillator (AED) that can become a life-saving device in case of incident on the pitch.

Germany's team doctor Prof. Tim Meyer said the FIFA Pre-Competition Medical Assessment (PCMA) was started and defined on the basis of recommendations and input from team doctors and FIFA associations in 2006. Prof. Meyer added Pre-Competition Medical Assessment is definitely important to prevent sudden cardiac death in football players, because some diseases can be detected early enough. FIFA goes clearly beyond what's recommended by the big associations.

Under the chairmanship of Prof. Jiri Dvorak, F-MARC has since its establishment in 1994 conducted a number of scientific studies and developed innovative programs for tackling health issues. Prof. Dvorak said last year we already used the very well established system of the FIFA 11 for health using the power of football to tackle the epidemic of Ebola in western Africa. Dvorak added with our African colleagues we designed very simple messages to prevent the contamination or the dissemination of the Ebola virus in the three most affected countries. He also commented that together with the World Bank we created very simple posters and created video clips that were made on national television and on national radio and also commented that this was an example of how to use the popularity of football to help emergency situations.

The Medical Conference also provided an avenue for member associations to discuss the latest advances in the fight against doping. The long term collaboration of FIFA and WADA was underlined by the World Anti-Doping Agency (WADA) Secretary General David Howman. Howman remarked the major role of WADA is to protect the rights of the clean athlete so that all those clean athletes can have full confidence in the global anti-doping system. Howman also remarked this was the first team sport program (Brazil 2014) where every athlete who attended the World Cup was tested. Everyone was tested for the purpose of the profile that was then fed into the laboratory in Lausanne to create the passports for the players and also commented that is very significant for FIFA and WADA.