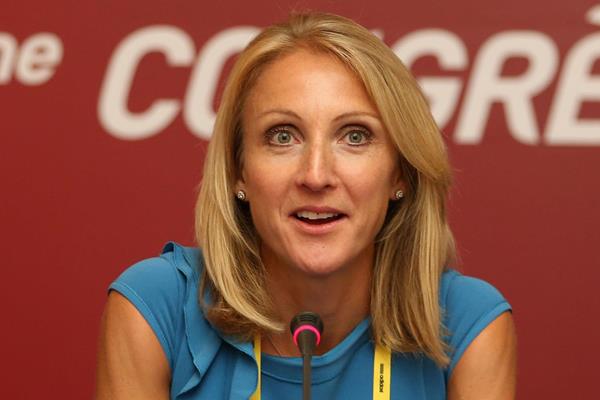 Paula Jane Radcliffe, the English long-distance runner, has called for life bans on athletes who are found guilty of doping.

A few backs back, a Germany television documentary revealed widespread doping in Russian sport. The documentary also alleged that corruption extends beyond the country and even implicated the International Association of Athletics Federations in covering up the incidents of drug abuse.

Radcliffe, the women’s marathon world record holder, termed the doping allegations as sickening and shocking. She added any athlete who is found guilty of doping offenses should not be allowed to return to the sport. Radcliffe remarked she would advocate a life ban for anybody intentionally doping but we know that unfortunately that can’t be implemented for legal reasons. In the past, WADA had remarked that life bans for athletes convicted of doping offenses are unenforceable in law.

The women's world record holder in the marathon also said stepping up to a four-year ban was a big step and I think I’d like to see sanctions come into place for federations when they pass a certain number of positive cases and certainly for the entourage – that is, the coaches and managers. She also remarked the independent testing bodies maybe need to be taken away from countries if they can’t be trusted and said she thinks sanctions for that country competing in events like the world championships, like the Olympic Games. Radcliffe added if it is true that 99 percent of athletes are cheating, then maybe Russia should not be in the world championships and not take part in the next Olympic Games.

Paula Radcliffe also said she thinks it shouldn’t just be Russia that’s singled out here but any country that isn’t abiding by the Wada code of practice, and in athletics the IAAF code of practice and anti-doping rules, and implementing sanctions and testing as they should, then maybe we should look at whether they are allowed to take part in the world championships.

WADA President Sir Craig Reedie said the claims made by former discus thrower Yevgeniya Pecherina that 99 percent of Russian athletes take performance-enhancing drugs cannot be true. Reedie said that figure is seriously hard to believe and added there have been rumors for many years in different countries that people were breaking the rules but he has never heard anybody say 99 percent. Reedie also said WADA and other governing bodies will take necessary actions if the allegations turn out to be true. He said the IAAF, who is the responsible body in this situation, had an established, quality independent ethics commission that will investigate it quickly. Reedie also remarked if thereafter there are breaches of the IAAF’s anti-doping rules and the wider doping code, then we will investigate them and the IOC president, Thomas Bach, earlier this week said that, if there is evidence that athletes offended and came under Olympic jurisdiction, then he will take action. Reedie also said so he thinks there is a pretty unanimous view that something will be done.