Rafael Nadal is seeking €100,000 in damages from a former French sports minister after she accused him of a dope test cover-up. 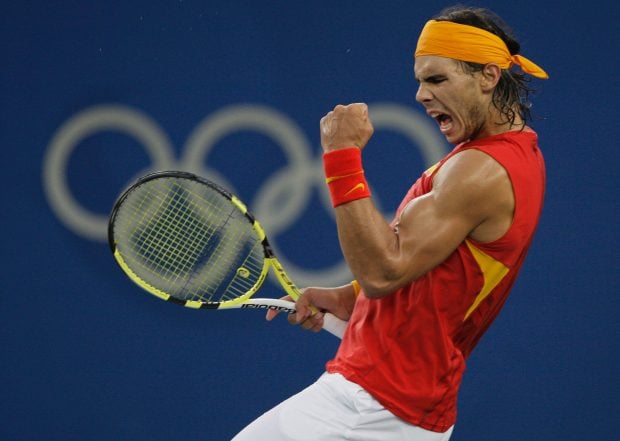 The Spanish professional tennis player, who is currently ranked world No. 1 in men's singles, is suing Roselyne Bachelot over remarks in March 2016 on French television. Bachelot, who served as sports minister between 2007 and 2010, alleged that "The King of Clay" faked an injury in 2012 when he missed the final six months of the season because of knee problems, to hide a positive drug test.

Patrick Maisonneuve, the lawyer for Nadal, told the court that the accusation by Bachelot could have had “major consequences” for his client concerning his “existing or future sponsors”. The lawyer also remarked Nadal asked him to put to bed once and for all what Bachelot said by passing on his medical file.

Olivier Chappuis, the lawyer for Bachelot, claimed the fault lies with anti-doping program of the International Tennis Federation. Chappuis claimed the anti-doping program of ITF has always been astonishingly lax. Chappuis went on to add that there is a vast gap between the success Nadal enjoys and the weakness of anti-doping controls. Bachelot's lawyer also said his client was merely repeating comments made by other tennis professionals such as the Belgian Christophe Rochus and the Austrian Daniel Kollerer.

The lawyer also said no sponsor has abandoned Rafael Nadal because of the comments of Bachelot and added the court should award symbolic damages to Nadal if his client is found guilty of one euro.

In the past, a Russian hacker group has released the medical data of Nadal. It revealed that two Therapeutic Use Exemptions (TUEs) were provided to the Spaniard. Nadal received TUE for Betamethasone, a corticosteroid that is used for reducing inflammation, in 2009 following the US Open. In 2012, Nadal received an approval for the use of Corticotrophins (that are prohibited for use, even when athletes are not competing) during the period in which he was sidelined with another knee injury. Nadal had confirmed authenticity of the documents. The tennis star said the use of those substances was authorized by anti-doping officials during those time periods.

Widely regarded as the greatest clay-court player in history, Nadal has won 16 Grand Slam singles titles. He also conquered the 2008 Olympic gold medal in singles and has all-time record of 30 ATP World Tour Masters 1000 titles tied with Novak Djokovic, and an all-time record 19 ATP World Tour 500 tournaments -- all of which has established him as one of the greatest tennis players ever. In 2017, Nadal became the only man to win the same tournament 10 times by winning the Monte-Carlo Masters. The tennis great has the distinction of being the only male player in tennis history to win one Grand Slam and at least one Masters 1000 title for ten consecutive years from 2005–2014.

Nadal has never failed a drugs test and had vehemently denied ever using a banned substance. The 16-time Grand Slam winner is expecting a verdict on November 16.