Michael "Mike" Richman, the American mixed martial artist competing in Bellator's bantamweight division, is all set to return to action for the first time since 2015. Richman will take on Lazar Stojadinovic (11-5) in the LFA 2 main event on AXS TV. 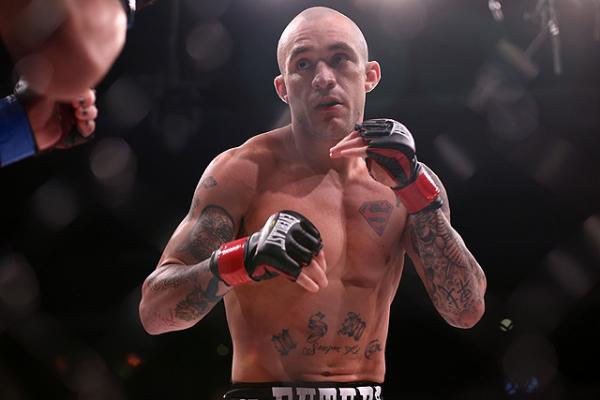 The California State Athletic Commission initially suspended Richman for a period of two years. Richman took the job of a bouncer and got in shape in the gym. CSAC Executive Director Andy Foster later remarked that he had waived the remainder of the penalty recently after Mike Richman passed a follow-up drug test.

Mike "The Marine" Richman had admitted in the past that he used anabolic steroids while training for the bout. Richman suffered a unanimous-decision loss to Eduardo Dantas at Bellator 137.

Richman decided to admit to doping rather than blaming on supplements or anyone else. The American mixed martial artist said he just felt like that, once it came out, he wanted to tell people right away and added it felt like the right thing to do. Richman said he thought that with the little integrity he had left, he had to own up to it and said he did not want to hide behind excuses or blame it on supplements.

The MMA artist surprised all with uncommon honesty on his Facebook page by commenting that he used steroids and got caught. Richman offered no excuses or explanations in his defense, only shame and regret. The Bellator MMA artist said he will not sit here and deny that he took it or act like he did not know what he was taking or blame it on someone else. Richman further remarked he did cheating and there is no excuse or reason that is valid enough to dispute the reasons why he cheated the sport and himself by using it.

Richman remarked he could have come up with a handful of excuses, but none of them justify it. The fighter said he could have said that a lot of people are using it, or that he had this big fight that could get him to a title shot, or that he was sick of the aches and pains and wanted to recover. Richman added he could have told everyone every single excuse that everyone uses but remarked those are not good reasons and they don’t justify anything.

Richman apologized to his coaches and said they were definitely disappointed in him. The mixed martial artist added he thinks in other instances maybe there is a coordinated effort with this kind of thing between fighters and coaches but he was the only one who knew. Richman said he believes they saw the changes in that camp as he got bigger in size, put on more mass, and said his strength and conditioning coach, perhaps noticed that.

Richman also remarked the UFC’s anti-doping program through the United States Anti-Doping Agency (USADA) could possibly be his best chance to make that case through his own actions. The Bellator fighter said he can to convince people that, despite his past, he is competing clean now.