Rob Riches is a British-born model, athlete, and competitor who currently resides in Southern California. Unlike many other fitness athletes, he has excelled at marketing himself, and now he has a huge online following on youtube (over 500K subscribers with 70M total views of his videos) and Facebook (almost 2M likes). His content features workout videos, diet advice, recipes, and other fitness related topics. What's more, he also sells a $25 Ebook called "Ultra Lean Nutritional Manual." Rob is 34 years old, 5'10" tall and with a weight of only 190 pounds he is very muscular, but yet very lean. 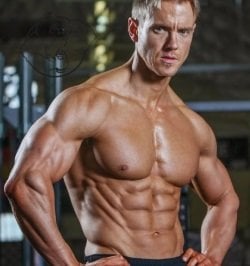 Interestingly, Rob's career started when he fell off a bicycle and fractured his shoulder when he was 14. Doctors told him that he needed to strengthen his upper body, so Rob went on a mission to do that. At that time he knew nothing about weight training, but once his fracture was healed, Rob went to his parent's garage, where he got some very old weights and a bench. To find the information he needed, Rob bought a bunch of bodybuilding magazines and learned as much as he could because he wanted to look like the guys in the magazines. That was the moment when Rob Riches became obsessed with weight training and fitness.

Rob competed for the first time in his early 20's, at the BNBF Novice Central Qualifier, where he won first place. The next year, in 2006, he would win several more 1st places in Britain, and in the late 2000's he would compete in Canada, at the FAME East Championships. He won a pro card in both the fitness and muscle model category, and came in 2nd place at the World Finals in 2008. 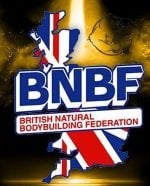 During his 20's Rob worked as a personal trainer in Britain and was known as "the guy who gets results." As a result, he was approached for sports supplement repping and modeling jobs, in which he excelled. Consequently, after visiting Los Angeles, Rob decided to broaden his career and chose to move there permanently to work on his own supplement line, a TV series, and to produce fitness related documentaries.

For instance, he helped a man named Ron Lester lose 350 pounds in an online series called "Rebuilding Ron Lester." After six months the man had a tremendous transformation, and this put Rob on the map as one of the best personal trainers in the world.

Rob does not teach to lift heavy weights because he believes that it is more important how you use the weight, not the amount you lift. Therefore, he focuses on rigorous and proper form. This also means that Rob Rich is concerned with better conditioning, size, and strength rather than with ego in the gym. He advocates 'feeling the muscle work' and says he and his clients have had much better results that way.

His favorite muscle group is the biceps, and he feels that people should focus more on what they are blessed with instead of worrying about their weaknesses. Hence, in his particular case, Rob loves to show off his large biceps. As a matter of fact, in one of his recent youtube videos, he features bicep and forearm training to get tremendous pumps.

Regarding the exercises, his three favorite ones are leg press for legs, chin ups for his back, and preacher curls for his biceps. Rob Riches' credo is: "It's not about counting every rep: it's about making every rep count!"

Rob sticks to a healthy and balanced 40:40:20 protein, carb, fat diet. With his active lifestyle, he consumes around 2500-3000 calories per day and has no problems going out to eat with friends as long as he doesn't overeat. What's more, he will occasionally have a cheat meal without problems. His diet consists of 7 meals a day, and he gives the following example of such diet:

You can read more about Rob's diet philosophy here: http://www.robrichesfitness.com/nutrition/rob-riches-diet/

You can also watch a video about his 2700 calorie a day meal plan here:

As it was mentioned above, Rob has had tremendous success marketing himself via social media and the Internet. In fact, he's had more success than anyone I have ever written about in my fitness celebrity series. This has allowed him to reach and help millions of people with the added benefit of making a lot of money. You can find him on every social media platform and several websites below:

Rob avoids social media drama, and in most of his videos simply talks about diet and nutrition. However, this has not shielded Rob from others trying to pick fights with him anyway.

For example, VeganGains took a shot at him for his diet protocol which included too many eggs and meat products for his liking (https://www.youtube.com/watch?v=lm6VZXSHldo). He also attacked Rob for claiming to be natty in a followup video:

Another youtube troll site called Jason Blaha claims it is not possible for Rob to be natural with his stats, and in his video, he explains why:

Interestingly, Rob did fail a drug test, which led him to be banned for six months from his federation. In one video, Rob defends himself during an interview where he claims that the ingredient he failed for was something spiked in a pre-workout, and that this substance was not a steroid. Additionally, he says that anyone who doubts his hard work is welcome to watch him workout.

Rob's strict diet and dedicated training are nothing to sneeze at, but most probably he is also getting help with a steroid/SARM stack to achieve his goals. A cycle for him would look like this: (our view on his cycle*)

*DISCLAIMER: The cycle above is our opinion on what steroids/sarms Rob Riches could have used, this is for information and entertainment purposes only. There is no direct evidence that Rob Riches used steroids.