Former "Ultimate Fighter" champion Roy Nelson has remarked he is not impressed with the brand new testing program of USADA. 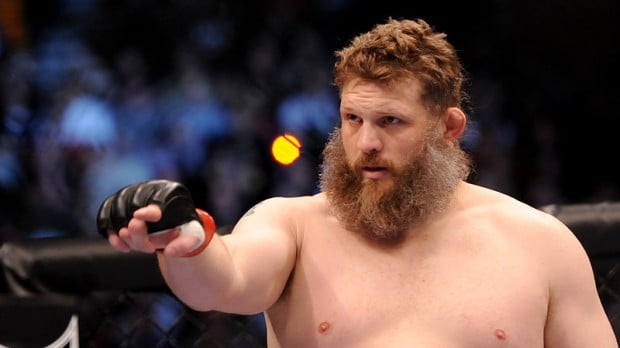 Nelson said he thinks we are still in the same spot as we are before on the testing thing with performance enhancing drugs. The American mixed martial artist who competes in the Heavyweight division of the Ultimate Fighting Championship said he thinks it is like the war on drugs, but they're still being flown in.

Nelson, who won Season 10 of Spike TV's “The Ultimate Fighter”, has been one of the biggest advocates for stringent testing but has gone more downtrodden than ever before in regards to use of performance enhancing drugs in mixed martial arts. In the past few months, it seems like the former "Ultimate Fighter" has conceded that the cheaters are always going to win no matter what system is in place. The American mixed martial artist said he is not in the drug-testing business and not an employee so he is not worried about what others are doing anyways. Nelson said you can do cocaine and still be good like Jon Jones and went on to remark that people can be like 'I have an exemption and a doctor's note that says it's OK' and everything is acceptable to all as long as you put that out there and you can pass the USADA test.

A few months back, Nelson took a pot shot at the former UFC heavyweight champion Josh Barnett via Twitter after his fight with Barnett was announced but Nelson has now gone silent and is no longer using that rhetoric ahead of their fight. Nelson admitted every fan appreciates the old-school approach to fighting of Barnett that he believes is all about going out and looking for the finish from the first bell until the final seconds tick away. Nelson added Josh has accomplished quite a bit and with pro wrestling stuff and added old-school guys just try to go out and finish fights and that's what makes it exciting.

Roy "Big Country" Nelson was the first and the last IFL Heavyweight Champion. He is #12 in official UFC Heavyweight rankings as of September 5, 2015. Born and raised in Las Vegas, Nelson competed in wrestling, football, and baseball at Cimarron-Memorial High School. He primarily started training in Brazilian jiu-jitsu under UFC veteran John Lewis in 2000 and started his own career in mixed martial arts four years later. Brazilian jiu-jitsu master Renzo Gracie granted Nelson a black belt on August 26, 2009. He was asked to become a member of the International Fight League's Nevada Lions in 2007 as a member of Ken Shamrock's Lion's Den and made a stunning promotional debut at IFL: Oakland on January 19, 2007 against veteran Vince Lucero where he won via TKO in the first round. Nelson became the Heavyweight Champion by defeating Antoine Jaoude on December 29, 2007 in the 2007 IFL World Grand Prix. He successfully defended his title twice before the International Fight League ceased operations. 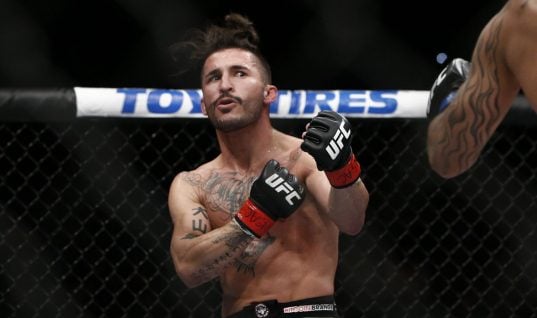