Anna Antseliovich, the acting director of Russia’s national anti-doping agency, has admitted there was a state-backed doping campaign that involved hundreds of the country’s athletes. 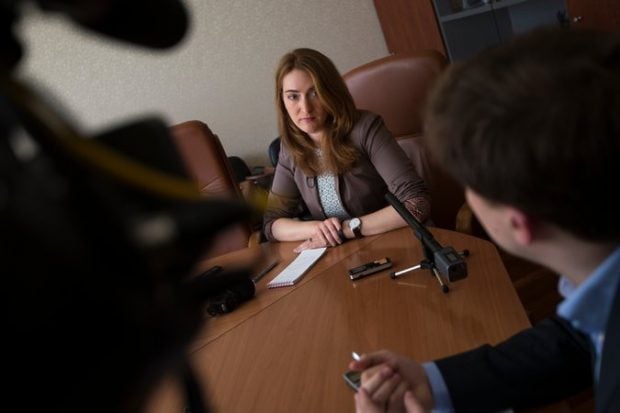 Antseliovich said it was an institutional conspiracy when asked if there can be any dispute with credible evidence of an organized Russian doping program. Anna however emphasized that top officials of the Russian government were not involved. Antseliovich said she was shocked by the revelations.

Vitaly Smirnov, who was appointed by Russian President Vladimir Putin to reform anti-doping system of the country, remarked he did not want “to speak for the people responsible.” Smirnov added we made a lot of mistakes.

Smirnov, referring to leaked medical data by hackers group Fancy Bear, raised questions on how hundreds of Western athletes had been given special medical permission to take banned drugs for legitimate therapeutic reasons. Smirnov added Russia never had the opportunities that were given to other countries and added the general feeling in the country is that we did not have a chance. Smirnov acknowledged that anabolic steroids like those used by athletes of Russia have never been deemed medically excusable by regulators. Smirnov and his advisers even suggested that switching of anti-doping samples may have happened at other Olympics as well.

The drastic shift of Russia is seen by many as a desire of reconciling with the anti-doping regulators. Institutions such as the World Anti-Doping Agency, the world governing body of athletics, and the International Olympic Committee have been putting pressure on Russia to come out openly.

Canadian lawyer Richard McLaren said he was pleased that officials of Russia were no longer disputing the findings. McLaren added it is damage control and added there are a number of different labels you can put on the facts, and they take a different view of government, but it is a bit of a vocabulary game.

McLaren's report included evidence in DNA, email documents, and other forensic testing of samples as well as evidence of tampering with the sample bottles. The Canadian lawyer managed to identify 695 Russian athletes and 19 foreign athletes who were part of manipulations for covering up positive tests, of which 246 can be identified as potentially knowingly participating in manipulation. McLaren wrote it is unknown whether athletes knowingly or unknowingly participated in the process involved. He further added that whether the conduct of athletes who knowingly participated in the Russian doping and doping cover up program is described as ‘complicity’ or ‘conspiracy,’ either way it constitutes an anti-doping rule violation.

A New York Times report revealed director of an anti-doping laboratory tampered with urine samples at the Sochi Olympics. Moreover, the lab director used to provide cocktails of performance enhancing drugs that were used by Russian athletes and corrupted some of the world’s most prestigious competitions. It was further disclosed that these entire operations were assisted by the Federal Security Service and a deputy sports minister. The nation’s former anti-doping lab chief, Dr. Grigory Rodchenkov, confirmed these allegations. This report also revealed a deputy sports minister ordered cover-ups of use of banned substances by top athletes for years.