IOC President Thomas Bach has remarked some of Russia's winter sport bodies could face a possible ban if allegations of state-supported doping at the 2014 Sochi Olympics are proven. 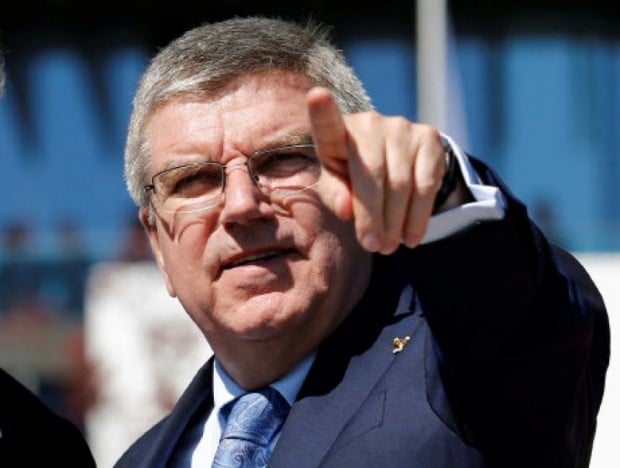 In a newspaper op-ed piece, Bach wrote that allegations that Russian officials subverted the drug-testing system at the Sochi Winter Games represent a shocking new dimension in doping and an unimaginable level of criminality. The International Olympic Committee chief said the IOC will act with all the appropriate measures within its powers while dealing with claims by the former anti-doping lab director of Russia that he ran an organized doping program for athletes of the country at the Sochi Games and provided assistance to switch tainted samples for clean ones.

The op-ed piece of Bach was published a day after the International Olympic Committee announced that 31 athletes in six sports could be barred from participating in the Rio Games after their samples from the 2008 Beijing Games came back positive in retests.

Thomas Bach also said the IOC would punish individual athletes and all their entourage within its reach if the Russian doping allegations are found to be true. Bach remarked this action could range from life-long Olympic bans for any implicated person, to tough financial sanctions, to acceptance of suspension or exclusion of entire national federations like the already existing one for the Russian Athletics Federations by the International Association of Athletics Federations, the world governing body for track and field.

IOC President said the result of Sochi investigation by WADA will significantly influence the participation of athletes from Russia in the Rio Olympics. Bach said international federations and the International Olympic Committee would have to make the difficult decision between collective responsibility and individual justice if there is evidence of organized doping in other Russian sports. The IOC chief also remarked it would have to consider whether in such 'contaminated' federations the presumption of innocence for athletes could still be applied, whether the burden of proof could be reversed.

The IOC has requested the World Anti-Doping Agency to perform a full-fledged investigation. The International Olympic Committee also said it has plans to retest Sochi samples stored at the lab in Lausanne, Switzerland.

On Wednesday, the Russian sports ministry said it supports banning drug cheats from sports but said it is not fair to keep a blanket ban on all track athletes for the games. The Ministry said in a statement that we strongly believe that clean athletes, who have spent years of their lives training for the games, should not be deprived of the right to participate and also added we are willing to fully cooperate with WADA in their investigation and we have officially informed WADA of this.