The Russian city of Tyumen will no longer host the 2021 world championships, according to an announcement by the International Biathlon Union (IBU). 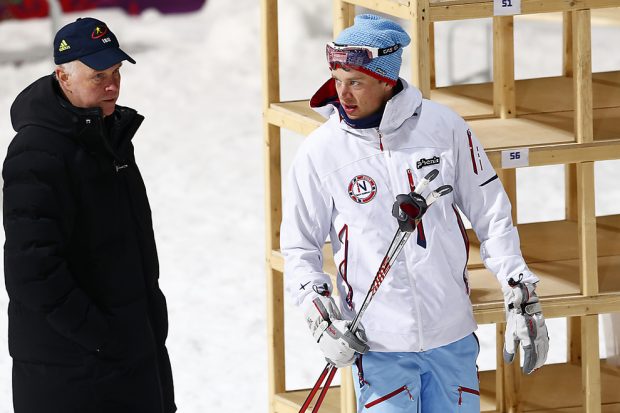 Russia was stripped of the right to host the 2021 Biathlon World Championships in the wake of alleged state-sponsored doping around the time of the 2014 Sochi Olympics.

The sport's governing body after an extraordinary congress on the eve of the world championships in Austria said it had asked the Russian federation to hand back the hosting rights for the 2021 Worlds by February 24. In a statement, the federation said the IBU executive board has otherwise decided to annul the award of the IBU WCH 2021 to Tyumen.

Alexander Kravtsov, the president of the Russian federation, remarked Russia would not voluntarily give up the hosting rights. Kravtsov added his federation was "ready to appeal the decision."

IBU president Anders Besseberg remarked in last September that it is possible without problem to strip Tyumen of the event if more doping infringements from Russia surfaced after revelations of alleged state-backed doping at the Sochi Games. In the first round of voting, Tyumen had previously gained an absolute majority beating rival bids from Pokljuka in Slovenia and Nove Mesto in the Czech Republic. The IBU Congress selected Tyumen to host the competition despite a recommendation by the International Olympic Committee to freeze their preparations for major events in Russia and to find host cities in other countries.

The move of IBU was hailed by American biathletes. U.S. biathlete Tim Burke said we just want the higher fines and loss of start quotas to go into effect this season. Burke added we are optimistic that this can and will happen. U.S. biathlete Lowell Bailey remarked the IBU should take many more steps in its fight against doping. Bailey added the athletes are in a difficult position as everyone is trying to focus on a peak performance on the one hand and the overwhelming majority of clean athletes want to make sure that the IBU takes the right stance on doping on the other hand. Bailey also commented that it is fair to say that the IBU took a meaningful step towards the goal of clean sport today.

A new host for the 2021 World Championships will be chosen next year.

Previously, the IBU relocated two other events scheduled for Russia this season that included the the Junior World Championships from Ostrov to Brezno-Osrblie in Slovakia and a World Cup event from Tyumen to Kontiolahti in Finland.

More than 150 biathletes and coaches signed a petition last month and called on the International Biathlon Union to step up its efforts against doping. They urged the IBU to impose longer bans of up to eight years, higher fines of as much as $1 million, and also asked for the reduction of start places for national federations with athletes caught doping. In their letter, the biathletes and coaches said the biathletes are frustrated that the IBU has not strengthened the rules enough to prevent a doping scandal of the magnitude described in the McLaren Report from happening. The letter further reads that it is now undeniably clear that our current IBU Rules are and were insufficient to deter doping.