Russian athletes at this year’s Winter Olympics in Sochi have admitted taking drugs that have now been placed on the World Anti Doping Agency's banned list despite the fact that there is no test available to detect them. 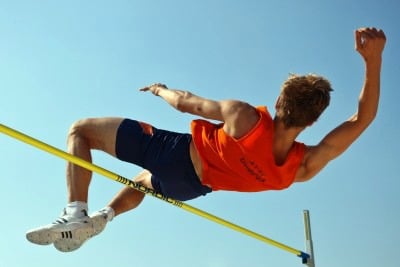 The Russian athletes won 33 medals, 13 of them gold at this year’s Winter Olympics. They admitted to taking Xenon that has the same potential as Erythropoietin (EPO) that can improve oxygen-carrying red blood cells in the body. Xenon is medically used to anaesthetize hospital patients and was banned for use by athletes from September 1, 2014. Argon, a relative of Xenon, has also been placed on the WADA banned list as it shares the same qualities as Xenon.

The coach of Russian team told German reporters that athletes from his country used Xenon as it was not illegal. The coach added Xenon mimicked the effects of training at altitude. These remarked by the Russian team’s coach forced WADA to ban the drug.

Dr Una May, director of the Irish Sports Council’s anti-doping unit, remarked the point is that the whole area of intelligence is very important in doping and anti doping. Dr May added just because there is no test for Xenon now does not mean that it is okay to take it and you make it clear that you should not use it. Dr May also said as soon as something is on the banned list, it is targeted by WADA and went on to remark that it is just like the early days of EPO where the athletes moved away from the original and used different brands of the same substance and WADA developed tests to deal with that.

Krypton is likely to be added next. It is not sure whether or not an effective test can be developed for Xenon and Argon before the end of this year. These so-called noble gases don’t react with anything else and are inert. At less than 100 parts per billion, Xenon is one of the rarest natural gas components in the atmosphere. Inhaling of Xenon when mixed with oxygen can improve stamina as the gas improves body's ability to produce hypoxia inducible factor 1, or HIF1, a protein. HIF1 stimulates the production of natural erythropoietin that plays a vital role in the regulation of the count of red blood cells.

Xenon is a colorless, heavy, odorless noble gas that can prove to be of great use in treating post-traumatic stress disorder (PTSD) and other conditions that can be associated with fear and anxiety. According to a study that appeared in the journal PLOS ONE, Xenon can interfere with memory re-consolidation that is a process in which memories of the past get altered each time they are recalled. Co-author of the study Marc Kaufman, associate professor of psychiatry from the Harvard Medical School remarked the fact that we were able to inhibit remembering of a traumatic memory with xenon is very promising because it is currently used in humans for other purposes, and thus it could be re-purposed to treat PTSD.