Russian sprinter Tatyana Firova, the silver medalist at the Beijing and London Olympics, has refused to return her medals in defiance of the International Olympic Committee that has wanted them back for months. 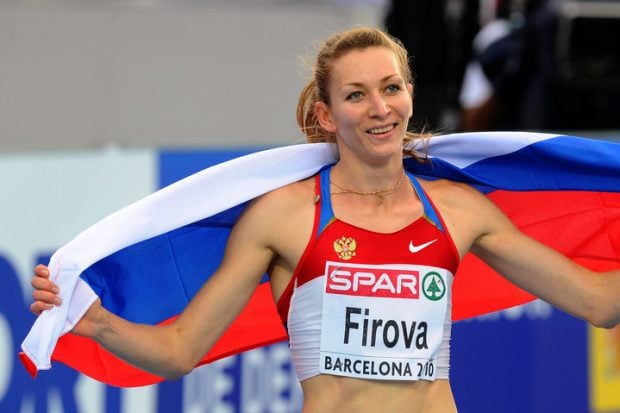 Firova is one of six athletes who are yet to return Olympic medals and diplomas from the Beijing and London Games. Medals of these athletes were revoked after their samples, or those of relay teammates, tested positive for banned substances. Two of these athletes remarked they had absolutely no intention of returning them, one was undecided, and three said they would return but were unclear how to proceed, had logistical constraints or were awaiting the outcome of an appeal.

Firova was stripped of her Beijing silver medal in the 4x400-meter relay after banned substances, including the anabolic steroid Turinabol, were found in her samples. Firova remarked she does not want to return her medals because she thinks no one would have deserved them more. The Russian sprinter said she was sentimentally attached to her Olympic hardware and commented the medal is the objective proof of her labor. The IOC, in its ruling against Firova for the Beijing Games, had remarked the athletes has the medal, the medalist pin and the diplomas obtained in the Women’s 400m and the Women’s 4x400m relay withdrawn, and is ordered to return them. The sprinter remarked she has appealed the decision but the outcome of her case would have little impact on her actions.

In her defense, the Russian three-time Olympic silver medalist once argued that athletes should be able to take banned substances. She added they would not “achieve high results” without them. The 33-year-old 400m runner went on to comment that "bureaucrats" must share responsibility for the Russian doping scandal.

Meanwhile, the athletics federation of Russia has announced that three stripped Olympic medals and one diploma had been returned, and that several appeals were still being heard. In February, the athletics federation of Russia had remarked 23 medals needed to be handed back. The federation is already under suspension over a report by the World Anti-Doping Agency that exposed systematic state-sponsored doping in Russian athletics. It is still not clear if non-return of the medals could lead to additional disciplinary measures or stop Russian athletes going to the Olympics. It is also unclear whether the athletes can be compelled to return medals by the International Olympic Committee.

Olympic historian Bill Mallon said the International Olympic Committee is not a police force. Mallon added he thinks all they will end up doing is reissuing the medals to the other people and saying that person has a medal they don’t deserve.

Athletes have been warned by the Russian athletics federation their failure to return stripped medals could hinder its efforts to be reinstated in the world governing body of athletics, the IAAF, which has cleared dozens of Russians to compete internationally as neutral athletes. A federation official attributed the resistance to the fact that many of these athletes no longer compete and that means they cannot be punished by measures such as exclusion from the national team.