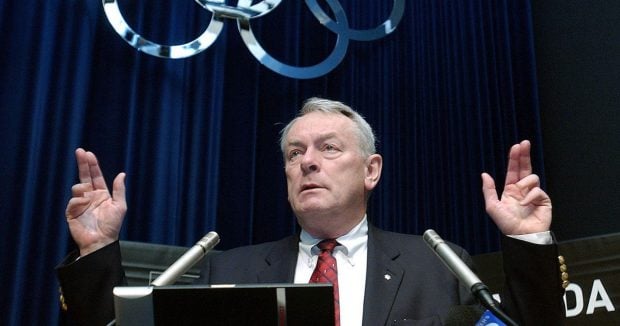 Pound also expressed concerns over the aims of the presently underway investigations of the IOC. The International Olympic Committee initiated two investigations after a damning report by Canadian lawyer Richard McLaren revealed evidence of institutional doping implicating more than 1,000 Russian athletes, at events including Sochi 2014.

The Schmid Commission is looking after the institutional conspiracy across summer and winter sports athletes who participated with Russian officials within the Ministry of Sport and its infrastructure. The Oswald Commission, on the other hand, is investigating allegations of sample manipulation while also analyzing all samples given by Russian athletes at London 2012.

The Canadian however expressed belief that the International Olympic Committee will find sufficient evidence to prosecute individual Russian athletes who were implicated in doping at the 2014 Winter Olympic and Paralympic Games in Sochi. Pound said he expects the IOC to take serious action against Russia by the start of the winter sporting season in October.

Pound, the most senior IOC member and founding World Anti-Doping Agency (WADA) President, said Bach clearly feels under some sort of pressure. Pound added this approach by Bach is pretty much the attitude he has had all along and added he could have had his collective responsibility-individual justice mantra resolved by letting Russian athletes who could prove they were clean compete in Rio 2016 Olympics but behind the Olympic flag, not the Russian flag. Pound went on to remark that Bach instead took the wrong fork in the road, and refused to do this and also said it is not a consistent standard which is being applied now.

Pound also commented that the IOC seems to be doing everything possible to avoid pointing the finger at Russia. The first WADA President also said the IOC Executive Board are also taking all the decisions with no input from its members, but it is these members, from Canada and elsewhere around the world, who have to explain to their people how and why decisions are being made. The first president of the World Anti-Doping Agency also said not all Kuwait athletes banned from competing in Rio under their own flag were supporters of the regime, and not all South African athletes were supporters of Apartheid, but the greater good called for South Africa to be expelled.

Kuwait remains suspended from the International Olympic Committee after the country was barred in October 2015 for government interference. South Africa was banned from every Olympic Games between Rome 1960 and Barcelona 1992 because of the racist Apartheid policy of the country.

However, Bach prioritized "individual justice" over "collective responsibility" and went on to resist all attempts to introduce any sort of blanket suspension on Russian participation at Rio 2016. The International Paralympic Committee, on the other hand, took a strong decision to debar the entire Russian contingent from the 2016 Paralympic Games.