The Court of Arbitration for Sport (CAS) has imposed a life ban against Russian doctor Sergei Portugalov, an alleged mastermind of state-sponsored doping in Russian track and field. 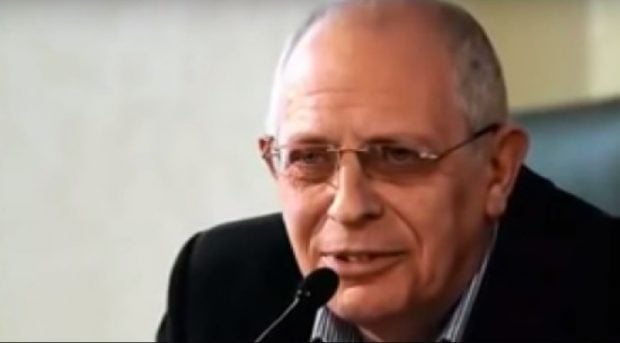 In a statement, the CAS said it had slapped Portugalov with a “lifetime period of ineligibility” beginning March 10, 2017 after he was found guilty of supplying banned substances to athletes.

Portugalov, who had served as the head of the Russian athletics federation’s medical commission, was found to have violated several articles of the IAAF anti-doping regulations, including the possession, trafficking and administration of prohibited substances.

In a 2015 report, the World Anti-Doping Agency (WADA) had recommended that Portugalov should be barred from all state sports programs after it found that the Russian doctor had been a key to rampant doping among Russian track and field athletes. WADA had previously remarked Portugalov was very active in the conspiracy to cover up positive tests of athletes in exchange for a percentage of their winnings. The World Anti-Doping Agency also disclosed that the doctor administered the doping programs and “even injected athletes himself.”

The International Association of Athletics Federations (IAAF), the world governing body of athletics, cleared three Russians – pole vaulter Anzhelika Sidorova, sprinter Kristina Sivkova and Aleksei Sokirskii – last month to compete internationally under a neutral flag. This was after the IAAF commented that the trio had met the "exceptional eligibility criteria" established by it for Russians to compete on the international stage.

Earlier this year, an IAAF Taskforce recommended that track and field athletes from Russia should not return until November, meaning Russia will miss the World Championships in London in August.

In another development, Russian Sports Minister Pavel Kolobkov has commented that the aim of the Russian Anti-Doping Agency (RUSADA) is to regain provisional compliance with WADA by this May. Kolobkov, speaking at the WADA Annual Symposium, said the plan is to get provisional compliance in May 2017 and in November 2017 and also commented that the RUSADA wants to be fully reinstated.

Kolobkov, who replaced Vitaly Mutko as Sports Minister last year, also said that some of the criteria have already been met and we are working on completing the rest. Kolobkov who was present at the WADA Annual Symposium to provide an update on the anti-doping activities of Russia also said that the budget of RUSADA has been tripled and approved for the period from 2017 to 2019, which is based on the recommendations given by WADA and nominated independent experts.

Reacting to the optimistic outlook of Kolobkov, WADA President Sir Craig Reedie remarked that the Russian Anti-Doping Agency still has significant work to do in order to get its suspension lifted. Reedie also said we work literally every day with the authorities in Russia and in RUSADA, and our team there, to try to produce a situation where RUSADA can be compliant and added there is still much to do. The WADA President said there is much to be done, but that having been said, the world of sport will be very well served by a compliant RUSADA and added we have to get the biggest country in the world compliant with the World Anti-Doping Code.