The world governing body of athletics, the IAAF, has cleared Russian whistleblower Yulia Stepanova to compete as a neutral athlete in the European championships and the Rio de Janeiro Olympics. 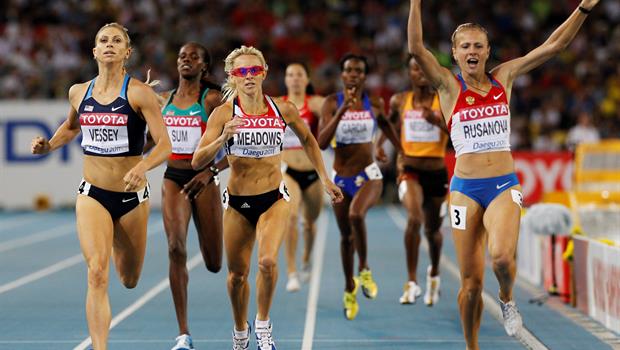 The IAAF announced the application of Stepanova to compete as an independent athlete was accepted by its doping review board under "exceptional eligibility" rules. The federation said the petition of Stepanova to compete was granted because she had made a truly exceptional contribution to the protection and promotion of clean athletes, fair play and the integrity and authenticity of the sport. It was further added by the IAAF that Stepanova is now eligible to compete in international competitions as an independent neutral athlete but added her participation as a neutral athlete is still subject to acceptance by the organizer of the competition in question, in accordance with the rules of that competition.

Yulia Stepanova and her husband Vitaly, a former official in the Russian Anti-Doping Agency, got associated with a German journalist for gathering information about the state-sponsored doping program of Russia for a World Anti-Doping Agency independent commission investigation.

Few weeks back, the IAAF voted to ban All-Russia Athletic Federation competitors due to the doping scandal. The IOC decided to permit only those athletes for the Rio Olympics who are independently cleared by their respective international federations to participate in Rio de Janeiro. The world governing body of athletics recently announced more than 80 Russian athletes have applied to compete in Rio under "exceptional eligibility" provisions.

The IAAF and the IOC have been at odds over the count of Russian athletes that can participate if cleared for the games. The IAAF insists they should compete under a neutral flag and the IOC said they should be under the Russian flag. In a statement, the IOC said it will carefully study the case of Yulia Stepanova once the IAAF has passed on the file with all the available information as requested by the IOC. The statement further reads that the IOC also took note that the IAAF received more than 80 applications from other Russian athletes seeking 'exceptional eligibility' in international competitions.

Stepanova, who served a two-year doping ban before turning whistleblower, provided evidence of widespread cheating in Russia to the World Anti-Doping Agency that led the IAAF to suspend Russian athletes from international competition, including the Rio Games. The 800-metre runner is now living and training in the United States at an undisclosed location.

In another development, Russian sport minister Vitaly Mutko has remarked it would be unfair to allow Yulia to compete while "clean" Russian athletes cannot. Mutko also said the governing body of athletics should be disbanded and remarked they have exonerated themselves from responsibility by shifting the responsibility to the All-Russia Athletics Federation.