The Court of Arbitration for Sport (CAS) has rejected an appeal by London Olympic champion Anna Chicherova against being stripped of her 2008 Olympic bronze medal. 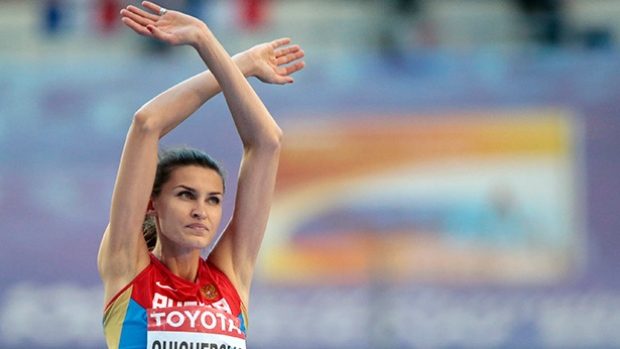 The 35-year-old finished third in Beijing behind Belgian Tia Hellebaut and Blanka Vlasic of Croatia but later tested positive for Turinabol, a banned anabolic steroid, when samples were re-analyzed.

The bronze medal could now be reallocated to American Chaunte Lowe, who originally came sixth. Russia's 2004 Olympic champion Yelena Slesarenko and Ukraine's Vita Palamar, who came fourth and fifth, were also disqualified for doping. However, Chicherova retains her 2011 World and 2012 Olympic titles.

In a statement, the CAS said the IOC Disciplinary Decision in which the athlete was found to have committed an anti-doping rule violation at the 2008 Beijing Olympic Games is confirmed. The statement further reads that the athlete is disqualified from the women's high jump event in which she placed third.

In the past, the high jumper had argued that she never took any prohibited substances. Chicherova even went on to question the chain of custody of her sample. The Russian also challenged the jurisdiction of the Disciplinary Commission and added that the International Olympic Committee should have appealed the initial negative test finding to the Court of Arbitration for Sport.  It was also alleged by the high jumper that the Disciplinary Committee had rushed to fit in a hearing before the Rio Olympics to retaliate for her challenging the jurisdiction. The IOC Disciplinary Committee rejected her arguments and ordered Chicherova to return her bronze medal.

In a statement, the IOC said Anna Chicherova was found to have committed an anti-doping rule violation pursuant to the IOC Anti-Doping Rules applicable to the Games of the XXIX Olympiad in Beijing in 2008. It was also commented that Anna is disqualified from the women’s high jump event in which she placed third upon the occasion of the Olympic Games Beijing 2008. The IOC also asked the Russian Olympic Committee to ensure full implementation of this decision.

Chicherova, who went on to win gold at the 2012 Games in London, had always denied doping.  She tested negative for doping after a re-examination of her "B" sample taken at the London Olympics.

The 35-year-old, commenting on the CAS verdict, remarked it seems like the arguments raised by our side in the court were pretty strong. The Russian high jumper said we now need to analyze the full report on the hearings, which is 94 pages long, in order to make further decisions.

The International Association of Athletics Federations, the world governing body of track and field, said the case would now be handled by the independent Athletics Integrity Unit to decide upon the appropriate sanction.

Since November last year, track and field athletes from Russia have been suspended from international competition following allegations of a prolific doping and corruption system. An independent commission, which was led by Canadian lawyer Richard McLaren, had alleged that Russian athletes were beneficiaries of a state-sponsored doping system in which “positive” samples were replaced with “clean” samples.