The International Association of Athletics Federations (IAAF), the world governing body of athletics has been barred from competing in this summer’s Olympic Games because of widespread doping. 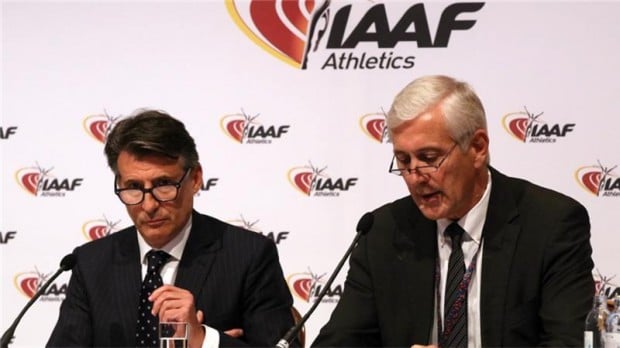 The decision, which will have to be approved by the International Olympic Committee, is virtually unprecedented for the Olympic movement that has avoided assigning collective responsibility for doping violations in the past and has never taken on one of the world’s most powerful countries.

IAAF President Sebastian Coe remarked decision of the council was unanimous. Sebastian Coe, the president of IAAF, said at a news conference in Vienna said it is extremely difficult to define or have any presumption (in a system that's so badly failed the athletes in Russia) that athletes are in a safe and secure enough system for us to conclude that they are eligible for international competition.

Another IAAF official said Russia was punished because the country has failed to crack down on cheating despite years of scrutiny over the issue. Rune Andersen, independent chairman of the IAAF task force charged with evaluation of the eligibility of Russia remarked the deep-seated culture of tolerance, or worse, for doping that got Russian Athletics suspended appears not to have changed.

The IAAF however said some Russian track-and-field competitors can participate in the Olympics even if the ban on Russian remains in place. The world governing body of athletics said athletes who can “clearly and convincingly show that they are not tainted by the Russian system” should be able to apply to compete, just not under the Russian flag. But those athletes would have to demonstrate that they had been subject to other stringent anti-doping systems, including those training outside of Russia. The IAAF said it supports athletes of Russia who took steps to stop the doping culture and said athletes like Yulia Stepanova “should be considered favorably” in their efforts to gain exemption from the ban.

Russian President Vladimir Putin condemned the ban as unfair and said the IAAF meted out "collective" punishment that had hurt clean athletes. The Russian President said he would seek the intervention of the World Anti-Doping Agency and the International Olympic Committee (IOC) over the IAAF decision.

In a statement, the Russian ministry of sports said we have done everything possible since the ban was first imposed to regain the trust of the international community. The ministry urged the IOC to not only consider the impact that our athletes’ exclusion will have on their dreams and the people of Russia, but also that the Olympics themselves will be diminished by their absence. The statement further reads the dreams of clean athletes are being destroyed because of the reprehensible behavior of other athletes and officials. It further added they have sacrificed years of their lives striving to compete at the Olympics and now that sacrifice looks likely to be wasted.