Russian pole vaulter Yelena Isinbayeva has accused anti-doping and Olympic chiefs of violating her human rights and discrimination against Russia. 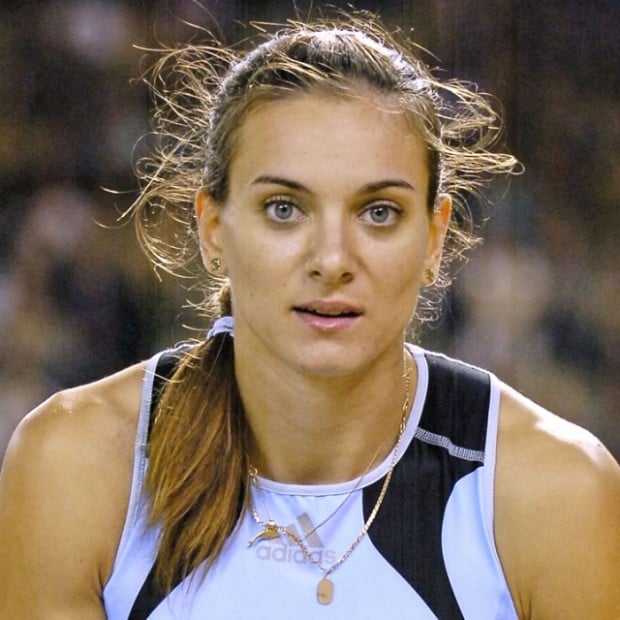 Last year, the three-time World Champion made a return to training after the birth of her daughter in 2014. Yelena is aiming for her fifth Olympic Games this summer in Rio. However, the athletics team of Russia has been suspended since November from international competition after the publication of an independent report into systemic doping in Russian athletics. The two-time Olympic gold medalist has personally filed a discrimination case at the Court of Arbitration for Sport.

Isinbayeva, who has broken the world indoor and outdoor records 28 times, said she has passed drugs tests all over the world. Yelena added there is so much negativity about Russia at the moment but doping isn’t just a Russian problem. She further added athletes from Jamaica, America, and lots of other countries have failed tests and come back two years later but only in Russia is the entire team banned. The 2007 Laureus World Sportswoman of the Year said she does not want to compete in Rio under an Olympic flag.

Establishing herself as one of the most successful athletes of her generation, Yelena Isinbayeva stayed virtually unbeaten between 2004 and 2009. She is now a member of the ‘Champions for Peace’ club that is a group of 54 famous elite athletes committed to serving peace in the world through sport. Isinbayeva, while pregnant, was one of the final torch bearers for the 2014 Winter Olympics opening ceremony on 7 February 2014.

Isinbayeva was given the Prince of Asturias Award for Sports in 2009 and was named Female Athlete of the Year by the IAAF in 2004, 2005, and 2008. Isinbayeva trained as a gymnast from the age of 5 to 15 but left the sport ultimately as she was considered too tall to be competitive in gymnastics. Isinbayeva won the European Under 23 Championships gold with 4.65 m and set her first World Record at a meeting in Gateshead with a height of 4.82 m and Isinbayeva won gold medal with a new world record height of 4.91 m at the 2004 Summer Olympics in Athens. Isinbayeva won gold with a new indoor world record of 4.90 m at the European Indoor Championships in Madrid and became the first woman in history to clear the once mythical five-meter barrier in pole vaulting after raising the bar to 5.00 m.

On June 21, the International Olympic Committee (IOC) will hold a special session on the issue of participation by Russian athletes in the Rio Olympics. The participation of Russian track-and-field athletes will be reviewed individually and athletes who qualify for the Olympics and are allowed to participate by the IAAF, the world governing body of athletics, can take part in the competitions under the Russian flag.

In another development, Russian sports minister Vitaly Mutko has remarked the country should be reinstated to track and field competition. Mutko said Russia has made all the necessary changes it was asked to following its suspension. But a new World Anti-Doping Agency report revealed anti-doping officials were stopped from carrying out proper testing in Russia.