AFL anti-doping tribunal has imposed a suspension of one year on Fremantle tagger Ryan Crowley after he tested positive for Methadone. 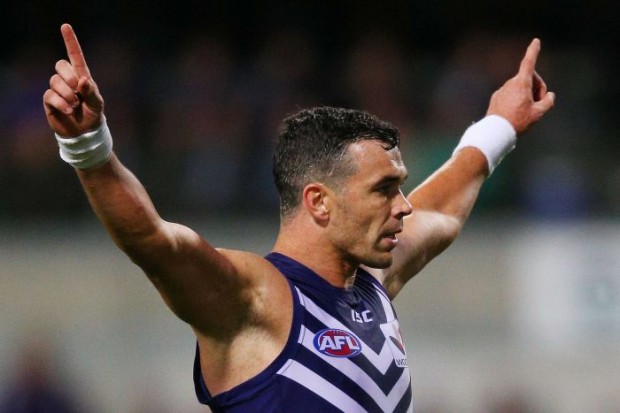 A synthetic opioid, Methadone blocks the effects of heroin and other prescription drugs that contain opiates. The positive test came on a match day last year after Crowley played in the Dockers' heavy defeat of Greater Western Sydney on July 13 in round 17.

Crowley said he still believes his playing days are not over. The tagger is free to recommence normal training with the playing group in mid-July, which would be two months before his suspension ends. Crowley issued an apology and said he genuinely never intended to do the wrong thing.

With this suspension, the AFL career of Crowley is almost certainly over. The start of the suspension was backdated to 25 September, 2014 that means the 31-year-old is effectively ruled out of the 2015 campaign though the last two weeks of the finals series are outside his ban.

It was claimed by Ryan Crowley that he ingested the banned substance through a painkiller that he had sourced from outside the club. The suspension brings an abrupt end to the controversial 188-match career of Crowley in which he won the Dockers’ best and fairest award in 2012 but was primarily known for a no-holds-barred approach to tagging the best midfielder of the opposition.

On hearing the news of Crowley's suspension, AFL boss Gill McLachlan said the 12-month doping ban was a satisfactory outcome and said the prospect of Ryan Crowley in a grand final for Fremantle this season feels weird. McLachlan added the Tribunal knew there was no intention to get any performance-enhancing effect and added he believes that everyone feels the penalty was about right. AFL general counsel Andrew Dillon remarked that AFL anti-doping tribunal had delivered its verdict timely and the AFL would not take the matter any further. It was previously believed that Crowley could have been suspended by the three-person tribunal, comprising of Chairman David Jones, former judge John Nixon and Dr Susan White, for as much as two years.

Australian Sports Anti-Doping Authority chief executive Ben McDevitt remarked this case illustrates the dangers of inadvertent doping and added that athletes need to be careful about what they take, even if they don't intend to cheat.

Dockers president Steve Harris expressed disappointment and said the club still had a duty of care for the 188-match Fremantle veteran. In a club statement, Harris said no one is more disappointed with the situation than Ryan and also commented that it has been a very stressful time for him, and the sanction means that he can't be considered for selection at any level until the last few weeks of the 2015 finals series.

The Australian Sports Anti-Doping Authority also announced that it will not appeal the backdated doping ban of 12 months handed to Crowley. The anti-doping agency had a 21-day appeal window but waived that right. The World Anti-Doping Agency still has a further 21 days for examining findings of the case and decided whether or not it is satisfied with the verdict.