Steve Magness, the main whistleblower behind the BBC Panorama documentary that accused Alberto Salazar, Mo Farah’s coach, has said he “disappointed but not surprised” that an audit set up by UK Athletics has found no evidence of wrongdoing. 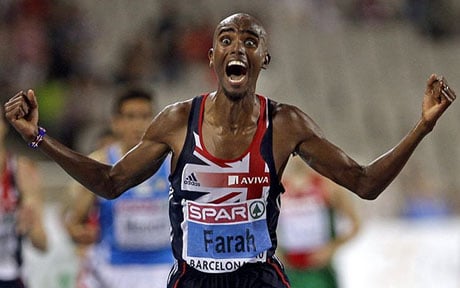 It was recently confirmed by UK Athletics that no evidence of impropriety by its oversight group. In a statement, UK Athletics said we said in July that there was no evidence of any impropriety on the part of Mo Farah and no reason to lack confidence in his training program and the oversight group have restated that view and they have also found no reason to be concerned about the engagement of other British athletes and coaches with the Oregon Project. UK Athletics did not confirmed whether Alberto Salazar would stay in his role as an unpaid adviser to its endurance program but did said that coaching and support for Mo Farah will remain the focus of our engagement with the Oregon Project.

Meanwhile, the reporters from Panorama stood by their story and said the report was based on interviews with around 20 former athletes or staff who had raised concerns about alleged doping or about the methods of Salazar.

Magness made these comments after a UK Athletics performance oversight group, composed of the former 100m sprinter Jason Gardener, Dr Sarah Rowell and the Paralympic wheelchair racer Anne Wafula Strike, said there was no "reason" to doubt the confidence of UK Athletics in the Nike Oregon Project. This decision means Mo Farah will remain with his coach, who has guided him to five world and two Olympic since he moved to the US in 2010.

Magness, a former assistant coach to Salazar, said the results could only ever go one way considering most of that interaction was above anyone’s pay-grade who stepped forward in the investigation. Magness added the athletes who conducted the investigation were given an impossible task, given that they could only look at the interaction between UKA and the group in Oregon.

It was Magness who revealed photographic evidence to Panorma that appeared to suggest that Galen Rupp, the training partner of Farah, was taking Testosterone as a 16-year-old.

Mark Daly, the reporter on the Panorama documentary, said it goes without saying that we stand by everything in our film. Daly added we have a document that said one of his star athletes had been given testosterone at 16 and also said Salazar has admitted to administering the same banned anabolic steroid to his adult sons to see how much it would take to trigger a positive drugs test. The Panorama documentary reporter also said the US Anti-Doping Agency, subsequent to our program airing, also took the unprecedented step of announcing it is investigating Salazar and the allegations in our film.