Richard McLaren has told German TV network ARD that 155 samples related to Russian footballers have been reported to FIFA. 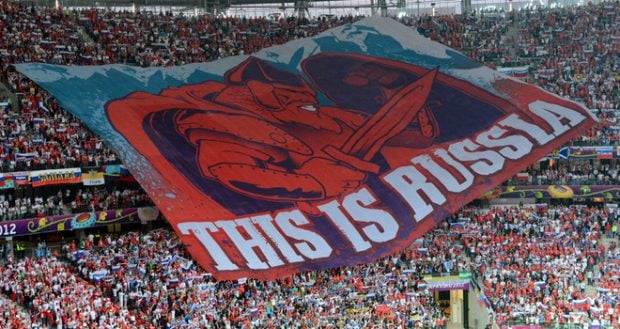 The Canadian lawyer and World-Anti-Doping Agency (WADA) investigator said he believed those samples were part of a doping cover-up. McLaren remarked he is of the belief that this could possibly be a part of separate cover-up that was revealed in his report earlier. Russian athletes were banned from Olympic Games in Brazil on the basis of allegations made in the McLaren report. McLaren commented there are 155 samples that were seized by WADA and are awaiting analysis and added we have reported those to FIFA, the world governing body of football.

The WADA investigator said he believed the samples have either been manipulated or opened or would show the existence of doping substances. McLaren remarked there has been either tampering with the caps so that contents could have been changed, or the contents have not been changed but there may be prohibited substances in there. He also said that gives rise to a suspicion that there is a bank of clean samples and that it is been used with respect to footballers.

McLaren, citing the example of one test in June 2015, said there was evidence that a positive sample from a Russian Premier League footballer (sample No. 387829) could have been swapped. ARD reported that it had learned that sample 387829 was taken from one of the current national football players. The German broadcaster said the world governing body of football should appoint a special investigator as McLaren thinks there is sufficient evidence.

Germany coach Joachim Low, reacting to the report, said he would like to read all the names in the paper once and also hear them in public if these claims are real. Low said he would like to see FIFA or WADA or whoever conducts those tests just call a spade a spade, and then we will see what happens. The coach of Germany also added he would like to hear names from those institutions, which permanently test us at training sessions, in training camps and after matches and also commented that players who have been doping should be suspended.

Russian deputy Prime Minister Vitaly Mutko has denied allegations of widespread doping in Russian football. Mutko shrugged off a report in the UK media that the entire 2014 World Cup squad of Russia was under FIFA investigation for doping. Mutko, who also heads the country's football authorities, blasted a report by the British newspaper The Mail as "nonsense." The Russian deputy Prime Minister said there has never been any problem with doping in Russian football. Mutko also said there have never been and will never be any problems with doping in our football and added that our teams are permanently being tested and they undergo doping tests after every match. The Russian deputy PM went on to comment that they have written some sort of nonsense and one should not bother reading the English newspapers in the morning.

Russia is hosting the 2018 World Cup and is presently staging the 2017 Confederations Cup which has reached its final stages.