Maria Sharapova, who is rebuilding her career after a doping ban of 15 months, has welcomed plans by the International Tennis Federation to nearly double the number of annual drug tests. 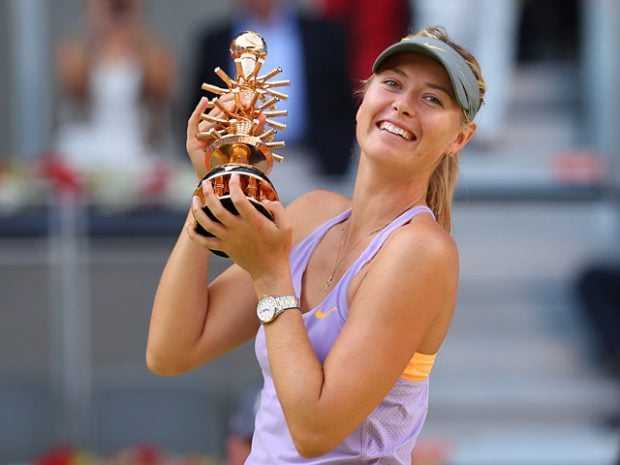 The ITF also announced increased funding as part of a fresh drive to root out tennis cheats. The new measures come into effect on May 1 and players will now be scrutinized via a biological passport program. Under the new anti-doping program, the number of players included in the International Registered Testing Pool (IRTP) will increase to around 250 players. All players in the IRTP will be subject to testing under the athlete biological passport program and there will also be an increase in the number of samples placed into storage, allowing reanalysis when further detection methods become available. The big surge in testing up to an annual total of 8,000 samples (from 4,899 in 2016) is being backed by a 50 percent budget hike to around $4.5 million (4.1 million euros) in 2017.

Sharapova also commented that she was happy to be tested more. The five-time Grand Slam winner, who recently made her comeback in Stuttgart and lost in the semi-finals, backed the new measures announced by the ITF. The 30-year-old, who tested positive for Meldonium at the 2016 Australian Open, said she definitely welcomes that and not against them. The Russian tennis star said we only have to give an hour slot to drug testing every single day of the year, but that is part of the job and if they test us more, that is great.

The return of Sharapova to professional tennis was greeted with mixed response from fellow players. Canadian tennis star Eugenie Bouchard labeled Sharapova a 'cheat' and went on to comment that it is so unfair to all the other players who do it the right way and are. The Wimbledon finalist added the Association of Tennis Professionals had a lot to explain to do to younger players coming through the system. The 23-year-old remarked it is not right of the Women's Tennis Association to send the wrong message to young kids – ‘cheat and we’ll welcome you back with open arms.'

ITF president David Haggerty remarked protecting the integrity of tennis is an ongoing priority of the governing bodies of tennis to ensure that tennis is and remains a clean sport. Haggerty added these enhancements will make a positive contribution to achieving that priority. Haggerty also refused to join in the criticism of Sharapova. The ITF President said Sharapova had her suspension but now she has served that suspension and also remarked he thinks a lot of junior and younger players have learnt from this experience. Haggerty added it was certainly a lesson that she has learnt from and commented that it is not his role to take sides and talk about how the players feel. Haggerty, commenting upon the wildcards received by Sharapova after her comeback, said it is not our decision as the ITF to determine whether she receives wildcards as it is up to each tournament to make that individual decision.