Filippo Simeoni, the Italian former racing cyclist and the 2008 Italian road race champion, has been forced to quit an important role in the Italian Cycling Federation because of the application of archaic regulations that stop anyone with a doping offence from taking office. 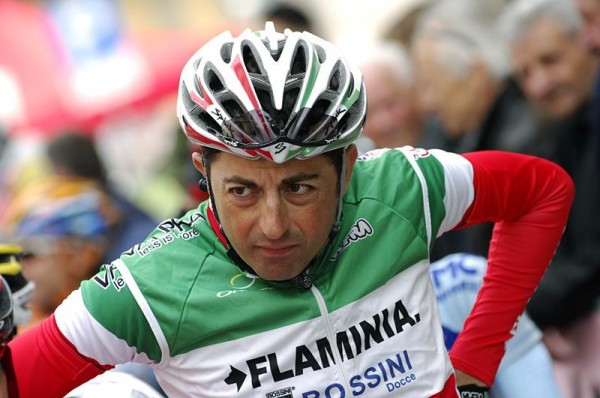 Simeoni was banned in 2001 after his confession and evidence in court during the trial of Dr Ferrari in Bologna. He was infamously bullied by Lance Armstrong during the 2004 Tour de France after he testified against Armstrong's coach Michele Ferrari.  Simeoni, who testified in the United States Anti-Doping Agency investigation, said that he was contacted by USADA to offer evidence about his dealings with Michele Ferrari in the late 1990s and resulting dispute with Armstrong. Simeoni also said USADA asked for a full account of his infamous breakaway attempt during stage 18 of the 2004 Tour. Simeoni had previously remarked there are good people in the sport and added some of good people stayed true to their principles, others were corrupted, but it was hard not to be as the system was powerful and didn’t help the good guys.

In 2009, Simeoni went on to win the Italian national title before announcing his retirement. Simeoni is regarded by many as a role model in the way he spoke out against the bullying tactics of Armstrong. Since then, Simeoni has organized local races and assisted in the development of a successful youth team near his home in the Lazio region near Rome.

The case of Simeoni has caused controversy in Italy, just a few days before the presidential elections of the federation. The incumbent president Renato di Rocco is facing a serious challenge from Norma Gimondi, the daughter of Tour de France and Giro d'Italia winner Felice Gimondi and the election winner could change the rule and cause new regional elections in Lazio.

Simeoni remarked he was stunned to find out about the rule and the Federation's decision. The former cyclist said he was actually on his way to the Federation headquarters for the inauguration ceremony and got a call and had to return home. The 2008 Italian road race champion also commented that he is being made to paid for what he did all over again, despite paying a huge price after the clash with Lance. Simeoni added it is true that he served a ban for doping, but everyone knows it was because he confessed in court and gave evidence in a historic trial that lifted the veil of omerta in Italian cycling. Simeoni also said he believes he paid his dues for doping more than 15 years ago and added he was keen to put something back into the sport he is passionate about, but now he feels angry and bitter.